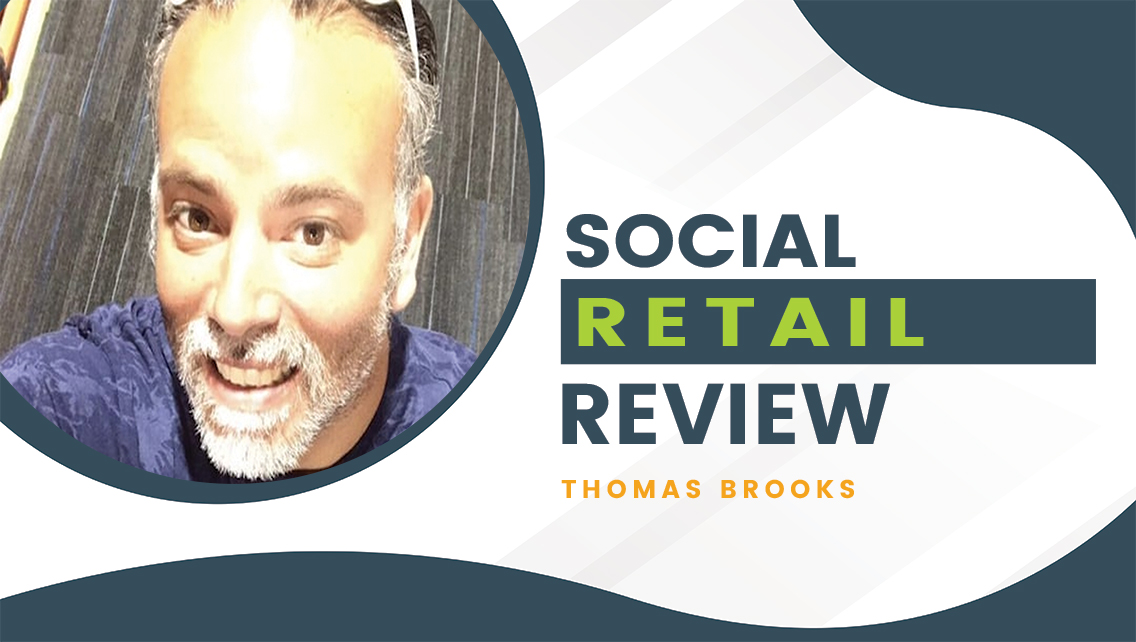 Are you looking for the ultimate side gig?

Thomas Brooks Jr. might be your ticket to time and financial freedom.

He said it’s ideal for parents looking for something different, unusual, and entertaining. All you need is a few hours a week, a mobile phone, social media, and a little money to start your own business.

From there, you’ll write about things you do, products you use, and things you like. Your followers will start to ask questions. Then you will provide them discount links to purchase whatever things have attracted their attention.

Skeptical? I’m in the same boat. Continue reading for my thoughts on Thomas Brooks.

So, as Thomas Brooks recommends, can you truly “post and get paid daily“?

And, more specifically, what is the business model? As described on Thomas’ pitch website, the business is a “new eCommerce play.” This is a combination of social networking and online shopping.

It’s referred to as “Social Retail.” There are some photographs of Thomas and others performing on stage. You will also see short videos from other random individuals. Testimonials everywhere.

Then there’s a video of Thomas talking about network marketing. Ugh.

Surprise! So everything about this is network marketing?

Perhaps this isn’t the case. According to Thomas, this has nothing to do with memory jogging, bugging friends and relatives, holding house parties, sampling products, hotel seminars, three-way calls, and other bothersome activities that are generally associated with multilevel marketing (MLM) businesses.

“No, no, no!” exclaims Thomas emphatically. “We will be doing none of that!”

Instead, we’re talking about real-world systems. Strategies that are cutting-edge. Products that no one else has. There are an infinite number of client acquisition techniques. In addition, a supportive environment is provided.

Thomas assures that the system is completely functional. They are now present in 29 countries and have acquired more than 3 million clients in only the previous five years, according to their website.

And keep in mind that you are compensated on a daily basis. Supposedly. Would you want to know more? “Then book a 15-minute strategy call with me,”  Thomas advises. Hmm.

It took a little more digging for me to find the truth. When you go through Thomas’ YouTube channel, it becomes evident that this is a funnel to get people to join up for his new multilevel marketing organization, which he founded.

Thomas seems to be a decent guy. A father who is very proud of his children. He most likely has the best of intentions.

But what about multilevel marketing? Really? Why not put your talents to good use and start a legitimate business?

Consider the implications of this.

“Hey, I just joined this incredible MLM company and I’d like to recruit you into my downline so I can make more money,” Thomas said.

However, he is unable to do so since no one would be interested. As a result, he must tread carefully around the facts and entice you in with lifestyle marketing and hype.

And it’s likely that he marketed his previous plan (or four) in the same manner.

“It’s new. It’s proven. No one else you know is doing this. We just had our biggest month ever.”

It makes me feel nauseous. They make a new company. They’ll slam in as many members as they can until the system is saturated or the FTC shuts it down.

Oh great, then let’s go on to the next one. Repeat.

Folks keep falling for it, following Thomas and the other top earners from one comp plan to the next, and it’s the same people every time.

I’m sorry, but I can’t recommend it.