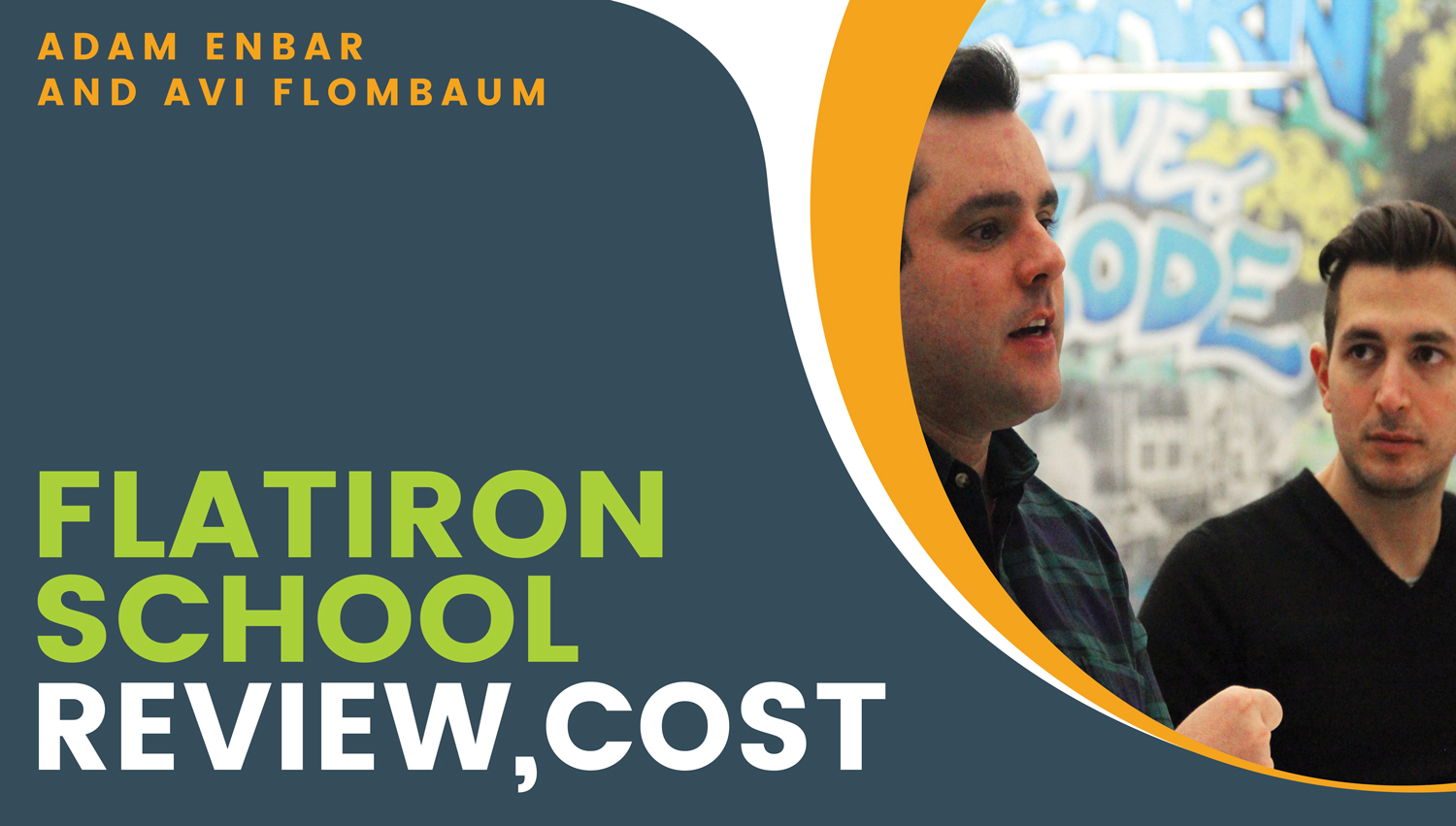 In 2012, Adam Enbar and Avi Flombaum launched a school that teaches coding, data science, and cybersecurity. Flatiron School is based in New York City.

You can take these tech courses on one of their eight campuses. If it’s not geographically possible for you, you can also opt for online classes.

If you want to pursue a career in technology, can Flatiron School help you? How much do you need to invest? Are there good reviews?

Check out the rest of this page for my review of Flatiron School!

Flatiron School had to traverse some rough waters before they could begin airing YouTube ads to inform you how they were voted Best Coding Bootcamp by Career Karma.

In 2014 and 2015, they received funding in two separate rounds. Two years later, they were sued by the New York State Attorney General for a few violations.

One is operating without a license, and the other is deceptive marketing.

Wikipedia reported a 98.5% employment rate for Flatiron School grads. However, this figure includes apprentices and freelancers.

According to them, the average pay for a graduate was $74,447. This figure only included those who were hired on as full-time employees. Whoops!

WeWork acquired Flatiron School in October of the same year.

(If you haven’t already, have a look at the WeWork documentary on Hulu. You’ll be grateful to me.)

After that came Access Labs, a program designed to make technical education more accessible for those who are struggling financially.

Carrick Capital Partners then purchased the Flatiron School from WeWork in 2020. 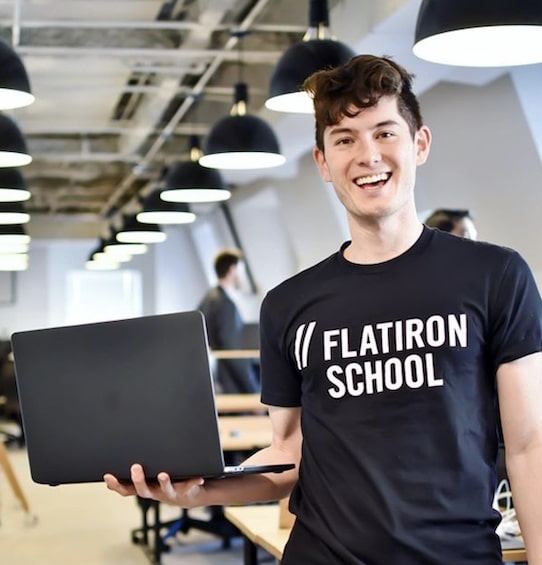 So, how much does it set you back financially?

Flatiron School requires a $500 non-refundable deposit, followed by the payment of the remaining $16,900 tuition in one lump sum before the start of the first class.

Two third-party websites that provide “competitive financing” are provided as links on the website.

Flatiron School’s application process begins with submitting your application, followed by a meeting with the Admissions representative and the submission of sample assignment and discussion with an instructor.

You will receive a decision on whether or not you have been accepted within four business days of submitting your application.

The courses are intense! Projects, seminars, studying, and assignments will need you to devote 60+ hours each week.

In general, the feedback about Flatiron School is good.

“The Software Engineering program consisted of five modules in which you built a project at the end of each module. Instructors are incredibly knowledgeable. They support you, but they also push you to learn how to go out and find the answers on your own.”

The only issues raised were poor instruction and an “alienating culture.” These are the only complaints I found online.

According to software developer Rebecca Poulson, who responded to a Quora thread, “I found a job shortly after graduating where I am well-paid to do meaningful work.”

If you’re interested in computers, my suggestion is that you consider taking a small risk and start a small business.

Then you’d have complete control over your earnings and work hours. It is difficult, but it is no more difficult than putting in 60+ hour weeks for months as a Flatiron student.