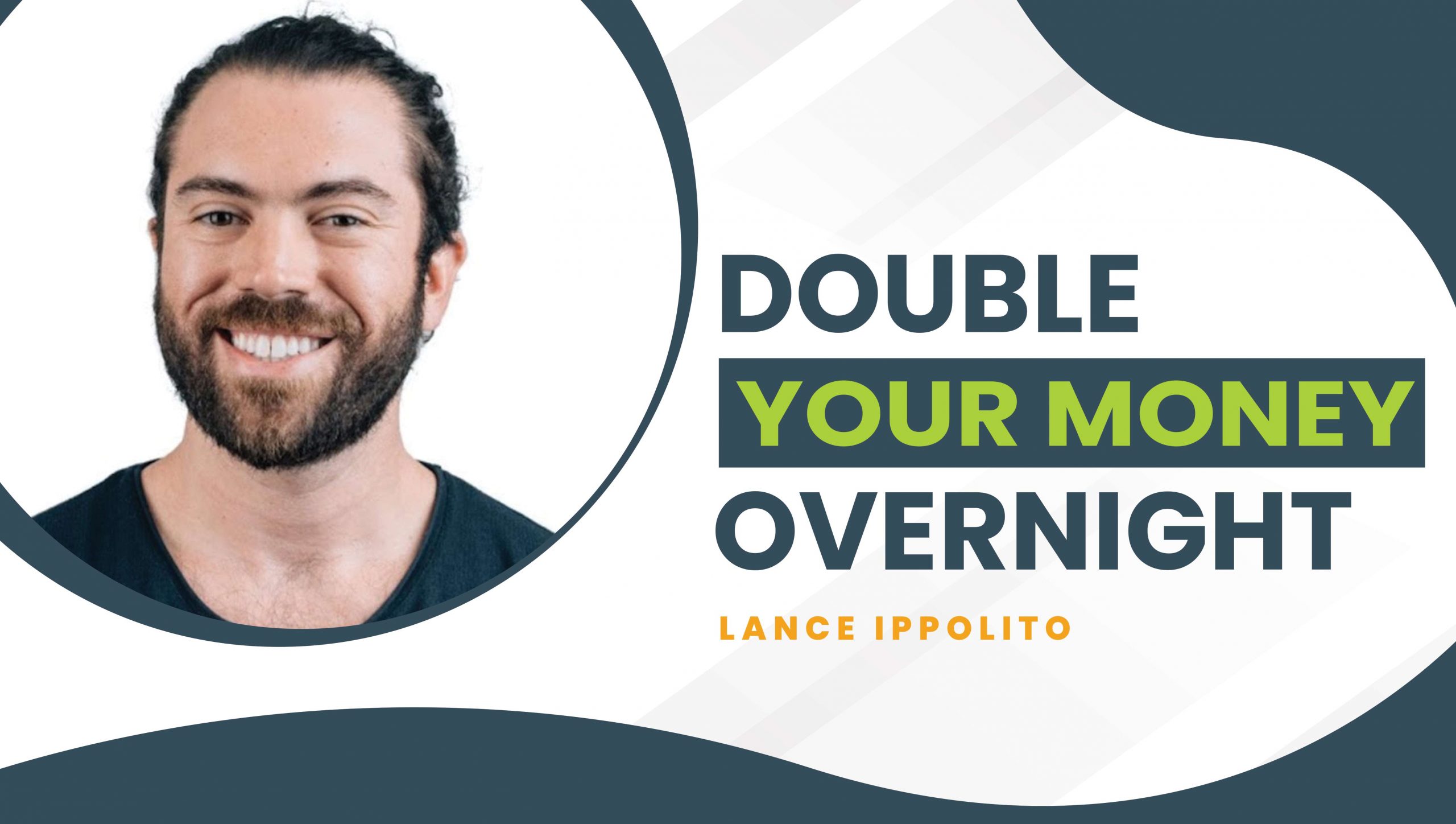 WealthPress’s Lance Ippolito asks if you’d like to double your money overnight in his latest YouTube ad. Or even twice within a matter of days, using two set it and forget it trades and a single stock. His step-by-step system will allow you to do it over and over again.

These simple trades can net you twenty thousand dollars or more in a single month. Lance recently traded Under Armour once and made a one hundred and thirty percent gain. Skeptical? Read on for my Lance Ippolito review.

Before the Hawaiian shirts and get rich quick with stocks ads, Lance used to work at one of the biggest investment banks on Wall Street. He was good at what he did, but hated every minute of that soul-sucking desk job.

All he did was make the rich richer. Eventually he set out to create his own trading system; something that would allow him to work less, earn more, and have the freedom to grow his hair out and go fishing all day.

Mission accomplished. Today Lance makes way more than he did at his old nine-to-five and works just a few hours a day. He gets to be out, on the water, soaking up that Florida sun.

The number one thing Lance learned working on Wall Street was that it’s a playground for the wealthy and the system is rigged against you. He’s figured out how to flip that around, turn it into an advantage.

Years back, the government passed a law to make the market more transparent. But it gave the hedge funds an even bigger information advantage. By the time you spot their massive money moves, it’s too late. The profits have been drained.

What Lance supposedly figure out, though, is that when the big players are about to pile into a stock, the sheer amount of money involved does leave behind an almost invisible signal. He calls it a “shadow blitz.”

When one of these occurs, a huge spike in the stock price is near. Usually it happens with the next day. The story goes that he developed some secret software to detect these shadow blitzes. He verifies they’re real, sends them out to his subscribers, everyone cashes in.

This is the same loophole Lance used to double dip on Under Armour, going back in for another one hundred percent gain, overnight, just days after his first big win. “That’s one stock, two trades, doubling my money twice within days,” Lance brags.

“And, any stock can register as a shadow blitz. Like when we collected eighty-seven and a half percent profits on INFY on the very same day the trade was placed.”

Plenty of chances to make that twenty K month in and month out. Quit your job, relax, escape the daily grind. Click here right now and give me two thousand four hundred and ninety-seven dollars, he says. Then you, too, can get rich quick with shadow blitzes. I can’t with these WealthPress ads.