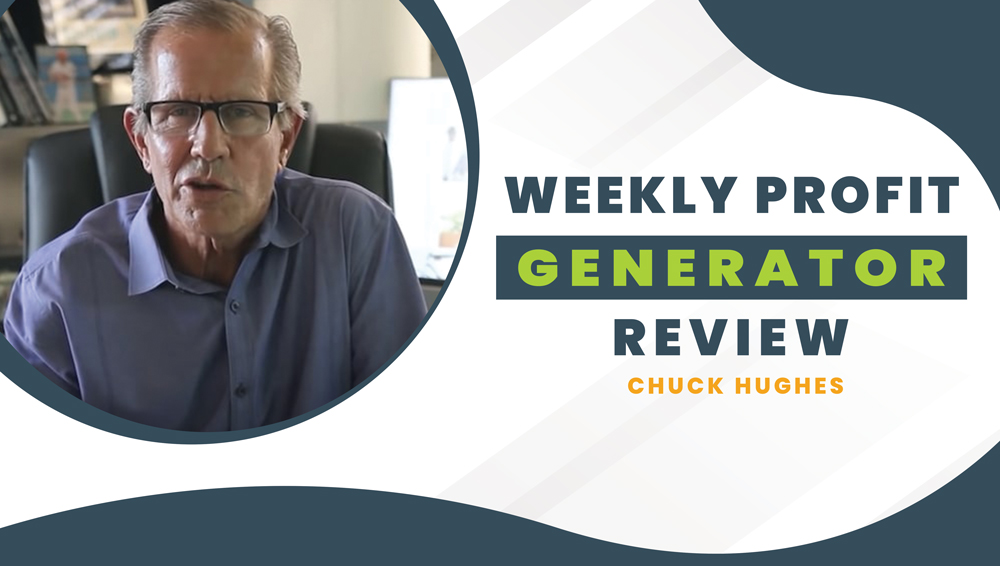 Chuck Hughes will show you how to make $5,859 from the stock market without having to own a single share, without confusing credit spreads or risky, naked options.

You don’t even have to time the market just right. In fact, you could be completely wrong about a stock’s direction and still pocket thousands of dollars.

Skeptical? You should be. In my opinion, this is yet another scam from the guys behind WealthPress. Scroll down for my Weekly Profits Generator review.

Alright, so what is this? Penny stocks? Nope. According to their YouTube ad, it’s a “little-known market loophole that spits out weekly profits on hundreds of blue chip stocks.” Apple, Coca Cola, Nike, Amazon. And it’s all thanks to a special money-making perk that was intended to be reserved for the stockholders at those companies.

Which, now, you can “legally hijack” without so much as buying a single share of any of them.

Chuck Hughes (probably a pen name) has been profiting off this perk for decades. He supposedly started with a modest forty-six hundred dollar brokerage account. Two years later, he had built that up to nearly half a million dollars. Fast forward to today: it’s earned him millions more. Now he’s sharing his secrets with the world.

The results have been “nothing but amazing.”

Take Amazon, for example. Their stock’s been flatlined since July of 2020. If you had bought it around then, you would have made practically nothing. However, using Chuck’s method, you would have been able to consistently take home as much as $5,859 every thirty days like clockwork.

Plus, you could get in on the action for a whole lot less than what you’d need to buy shares of Amazon. 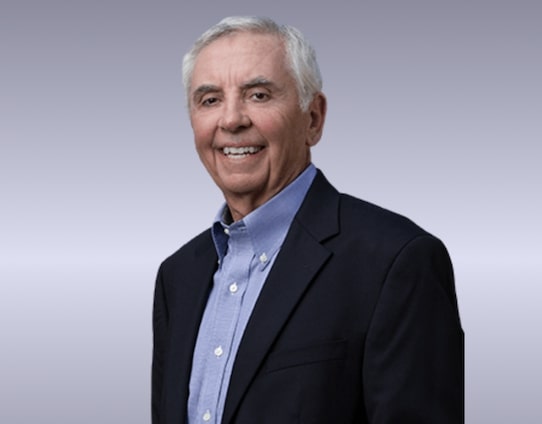 They ask you to click and attend their free presentation if you’d like to follow in Chuck’s footsteps. Even if you have less than a thousand bucks to start with. Many of Chuck’s students have “tried it all and still ended up in the red.” But thanks to his Weekly Profit Generator, they’re finally seeing success in the markets.

Up flashes what appear to be stock photos and generic first names (“George” and “Helen”) to represent these supposed happy clients.

“Hey look, there are so many reasons this works so well for so many people,” says the hype man in the YouTube ad. “First, it’s simple. Second, it’s quick. You can get started in under fifteen minutes. And you don’t have to spend more than a few minutes a week to manage your trades.

And this system can make money no matter where the market moves. You don’t have to predict the market. You don’t have to stare at charts for hours. And if you click here right now, we’ll show you how you could have been wrong about a stock’s direction three times in a row and still pocketed a healthy profit.”

There’s really nothing to it. Just follow Chuck. Oh, and cough up $1,997 to become a Platinum member of the Profit Generator Club. Plus whatever courses, newsletters, reports, secret software, and premium picks they try to sell you after the fact.

Guys, if you believe there’s a creepy old man named Chuck Hughes that stumbled upon a loophole that can make you rich with virtually no risk and no work on your part, I’d like to sell you the state of Texas for ten grand. But if you act now, I’ll throw in New Mexico as a bonus. Do we have a deal?