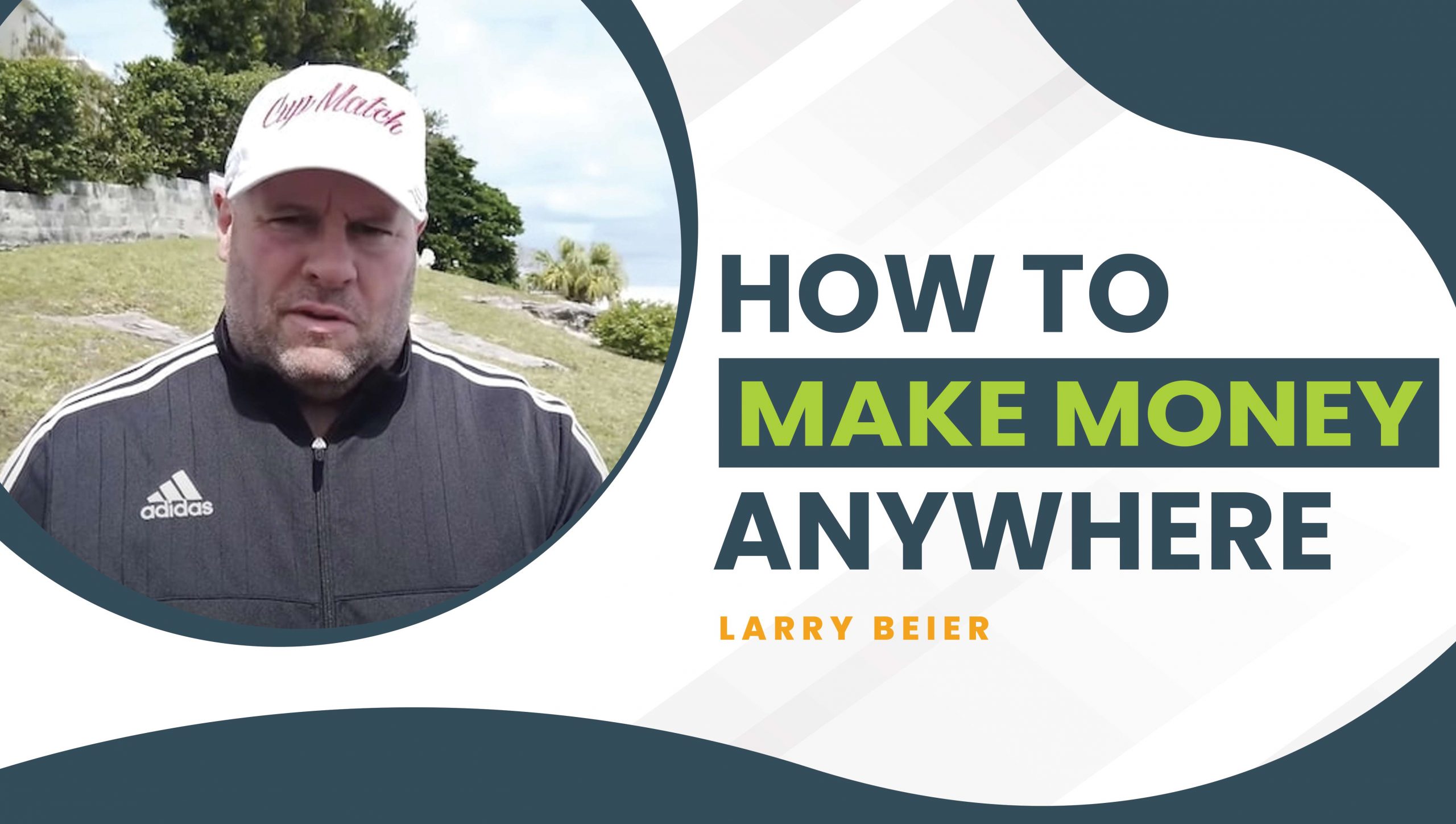 Larry Beier can show you how to make money from anywhere in the world using only your laptop computer. Imagine the possibility of being able to walk away from your nine-to-five, he says. Imagine having the freedom and flexibility to pursue your passions.

The extra time to do things on your terms. All the while money trickles in twenty-four-seven, even while you sleep. Hmm. Who is this Larry Beier guy? What’s his secret? And what is he about to sell you?

Scroll down for my full review.

“In this video, I just wanted to bring a message to show people how they can get started growing a profitable online business from scratch, without any previous experience whatsoever,” Larry says in his YouTube ad.

“Ya know, learn how to create multiple streams of income through affiliate marketing and ecommerce style of businesses.” If that doesn’t interest you, he says, please hit skip and have a great day. But if it does, however?

Keep listening, because times have changed, Larry says. Right now we’re smack dab in the middle of a digital gold rush. And with all the turmoil that’s been happening in the world, it’s all the more reason to take action to secure you and your family’s future.

Larry used to be in your shoes. He was stuck in the corporate rat race, working seven days a week, not even close to living his best life. Sacrificing everything to hover just above the poverty line.

He knew he needed to become his own boss, but wasn’t sure how to go about it. Then he saw an ad, much like the one he’s running now. He was intrigued, albeit skeptical. At fifty years old, not very techie, and zero business experience, he wasn’t sure if he could do it.

But he was willing to learn because, well, what was the alternative? He needed to make a change, do something drastic. Maybe this was it. Could he really afford to let it pass him by?

Now I know you might be skeptical out there and I certainly was too. But I was offered a free video series that helped me get over those fears because it explained how everything worked.”

Larry went through the videos and learned about all the popular ways of making money online from your laptop. His questions were answered. His doubts and fears began to evaporate. Eventually he made the decision to just go for it.

“Now I’m telling you that if a man that was fifty years old that knew nothing about online business or how to build websites, if I was able to do this, you can also do this too,” he added.

Then he went into his pitch. If you’re ready for a change, if you’re ready for freedom and fulfillment, then this opportunity could be exactly what you’ve been looking for. He uses the ole fork in the road metaphor.

At this point, you’ve got two choices: go it alone or team up with someone who’s already gotten the result you’re after. If you pick the latter, you wind up being recruited into Stuart Ross’s Six Figure Mentors (SFM) program. Which I’m not a fan of. Too many upsells.

Too many members only making money by promoting SFM. Very MLM-y in other words.