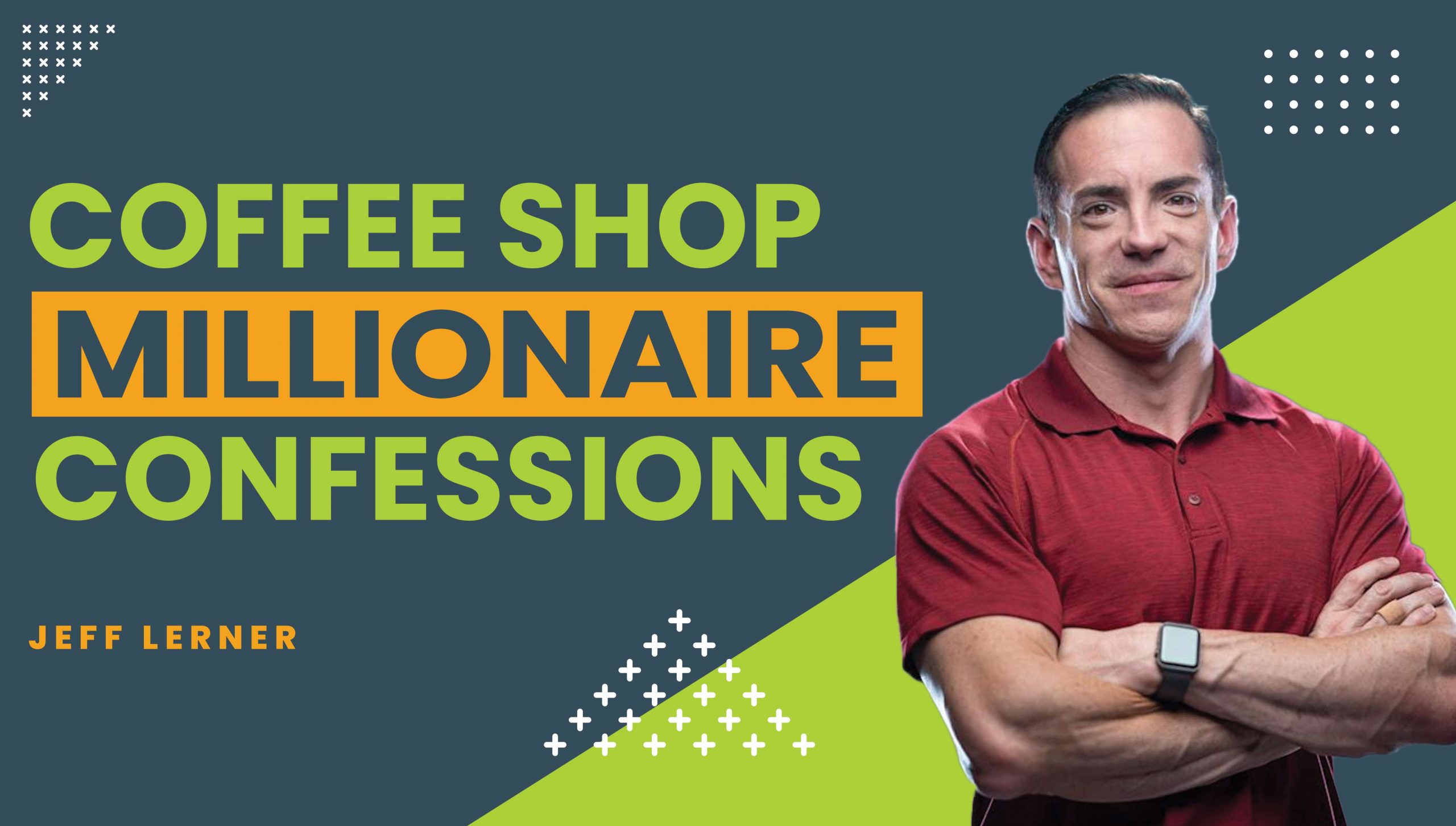 Jeff Lerner isn’t saying he’s the best at whatever he does. Confessions Of A Coffee Shop Millionaire’s author admits to a recent blunder.

If you’ve ever wondered why he started an Instagram account to talk about stock trading instead of working on his core business, Entre Institute, you’re not alone.

He borrowed $100,000, opened an E-Trade account, and decided to go public with his stock picks in the hopes of making money off his new fan base.

It’s something that I’m gonna have to babysit every day. And so, the hard thing as an entrepreneur, and this is just human pride, is once we recognize a mistake, we worry what it’s gonna look like if we change our mind. No, I don’t think so. Inconsistent? Am I gonna look weak?”

But as he stepped back, he realized the truth: no one cared. Anyone who viewed the new Instagram account 48 hours later would have completely forgotten about it, right? So he unplugged it. The essential takeaway here is to remedy a mistake as quickly as possible.

The other thing to consider is how to preserve the positive aspects of the scenario. Jeff decided to withdraw $100,000 from E-Trade and place it in cryptocurrency, where he expects to see much higher returns in the following months.

How well he performs in the markets could lead to expanding his Entre brand into financial education and investing options. As a result, not everything was lost. A “zero-to-one mindset” is not the same as a “day-one mindset,” but that’s a good thing to remember.

When it comes to the former, you have to be willing to take risks, try new things, and move quickly. Jeff, on the other hand, already has a successful business. He needs the “day one” mentality, which is all about keeping focused and executing.

As Jeff explains, “So zero-to-one is when you’re not crystal clear on what you’re doing, so you’re gonna consider multiple options, and push hard on things that seem opportune, to try to get something off the ground,”  he added,  “Day one thinking is when you’re clear on what you’re doing, and wherever you are, it’s the start of where you’re headed.

So you gotta stay focused, stay linear, stay driven, and stay humble and not back off the intensity, but you should probably absolutely back off of chasing and pursuing different ideas.”

Discipline is more about saying no to new ideas than saying yes, as the day one attitude teaches you. The polar opposite is true of zero-to-one. “Anyway, that is me admitting my mistake,” Jeff says. “So that’s it, I’m pulling my money out, I’m putting it into crypto, I’m going to shift the focus and have my Entre Institute content and finance teams [handle that].

Basically, I’ll just start leveraging the resources I already have to do the same thing I was gonna do but just in a lot more efficient way.”

Jeff has returned to the basics of the stuff he posts on YouTube and Instagram. It’s about keeping true to who you are and what you know best, staying focused on what you’re passionate about.

To put it simply, it’s the proper thing to do from a business point of view, as well as because it’s authentic, feels good, and is much easier to create material about what you have been doing for the past few years.