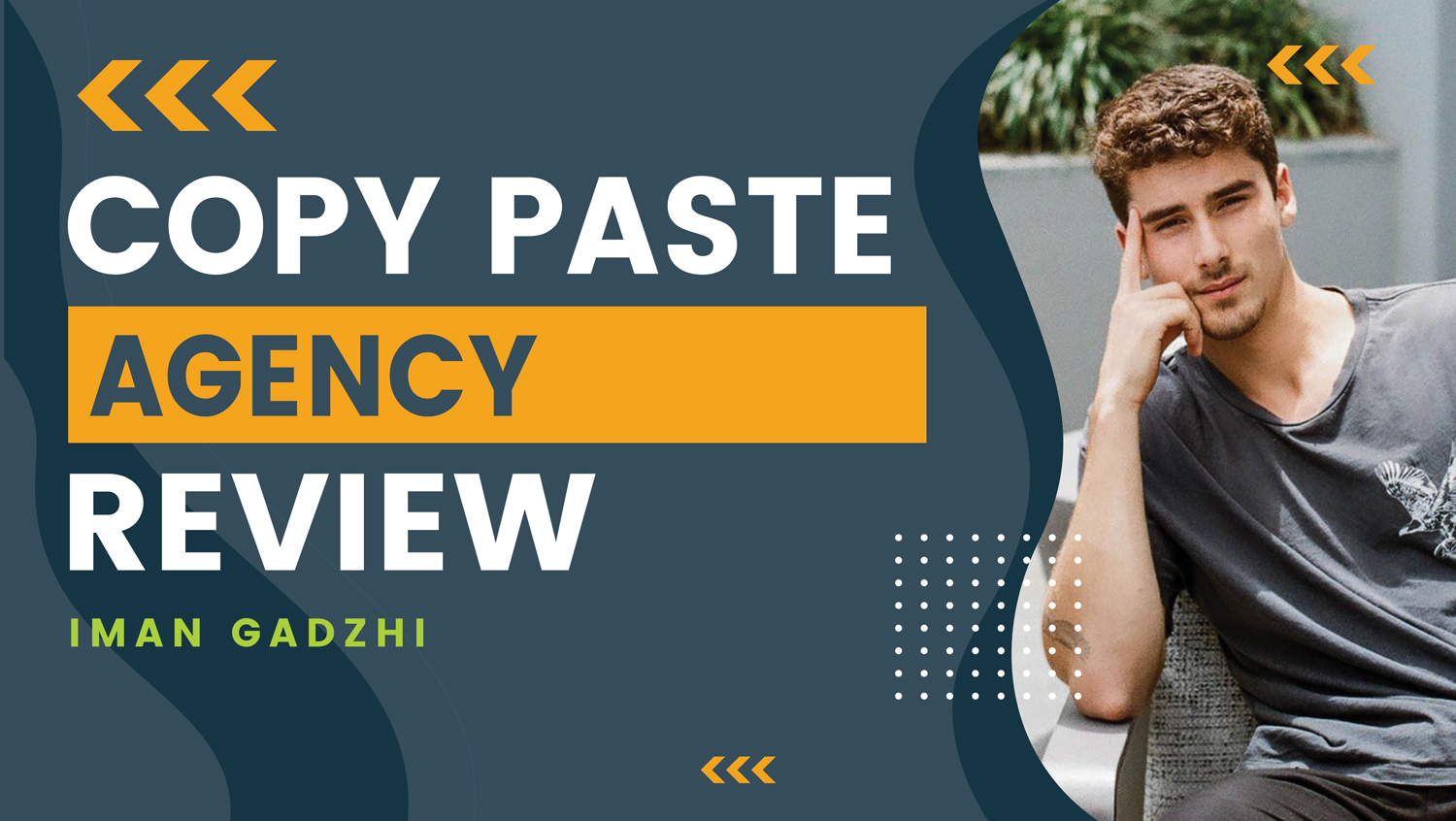 He also launched a website called Grow Your Agency to help nurture and improve the next generation of agencies. It leads to a pitch for his Copy Paste Agency course.

Is it any good? How much does it cost? Can you trust Iman? Scroll down for my Copy Paste Agency review.

Grow Your Agency is for agency owners making between $5k and $30k per month, who want to 2-5X that in the next year. Iman says they’ve trained some of the biggest names in the industry. He and his team help students scale by doing three things. One, by getting steady and consistent meeting flow. Two, by training them to be in the top 1% of agencies in terms of service delivery. And three, by implementing SOPs that systematize everything.

“Our students literally get unprecedented access to both my team at the agency, as well as all the systems we’ve built over the last four and a half years,” Iman said in one of his case study videos. “We are so confident that we can get you results, that not only do we have a 14 day money-back guarantee, but if you’re truly not satisfied? Not only will we give you your money back, we’ll even throw in a hundred dollars for wasting your time.”

Expanding on the guarantee, Iman said, within those first two weeks, if you don’t feel as though they’ve helped you improve your clients’ results by 30%, and made you a better overall agency owner, with less clutter, more profit, and more respect from your clients, just say the word and they’ll make good on their end of the deal. 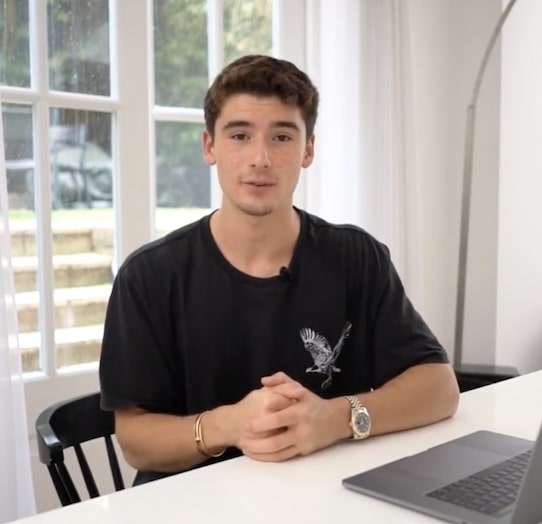 Iman Gadzhi has reason to be confident. He walks his talk. IAG Media routinely clears more than $100k a month, he claims, with a lean and mean team of four. And so, if inside of Copy Paste Agency, he gives you their exact strategies, processes, templates, swipes, plus unparalleled support, he sees no reason your agency won’t improve as well.

“We’re the experts that the experts go to, to learn from,” Iman says. “Our track record is truly crazy. And I think the most important thing is to look at what someone does, not what they say. At Grow Your Agency, we have conviction, that if you’re the right fit for Copy Paste Agency, we can get you results.” And with that, Iman asks you to book a call with his team to apply.

Copy Paste Agency costs $5,000. I was pleasantly surprised with Iman’s presentation. Honestly, I was expecting to expose this slick talking kid in a baller Airbnb he clearly rented to appear more successful than he truly was. I figured he probably made the majority (if not all) of his money by selling Copy Paste Agency. Surely, in his pitch, he would do all the douchey things gurus do to separate you from your money.

I was wrong. In fact, it was the opposite of that. Iman Gadzhi was credible. Transparent. No-nonsense. His CPA program seems like an incredibly fair offer. Especially with the money-back-plus-$100 guarantee. And he has plenty of positive reviews, student interviews, and case studies to back everything up. Bravo. But for those of you who’d rather build an agency using free traffic, you might want to check out the link below before exiting this website.