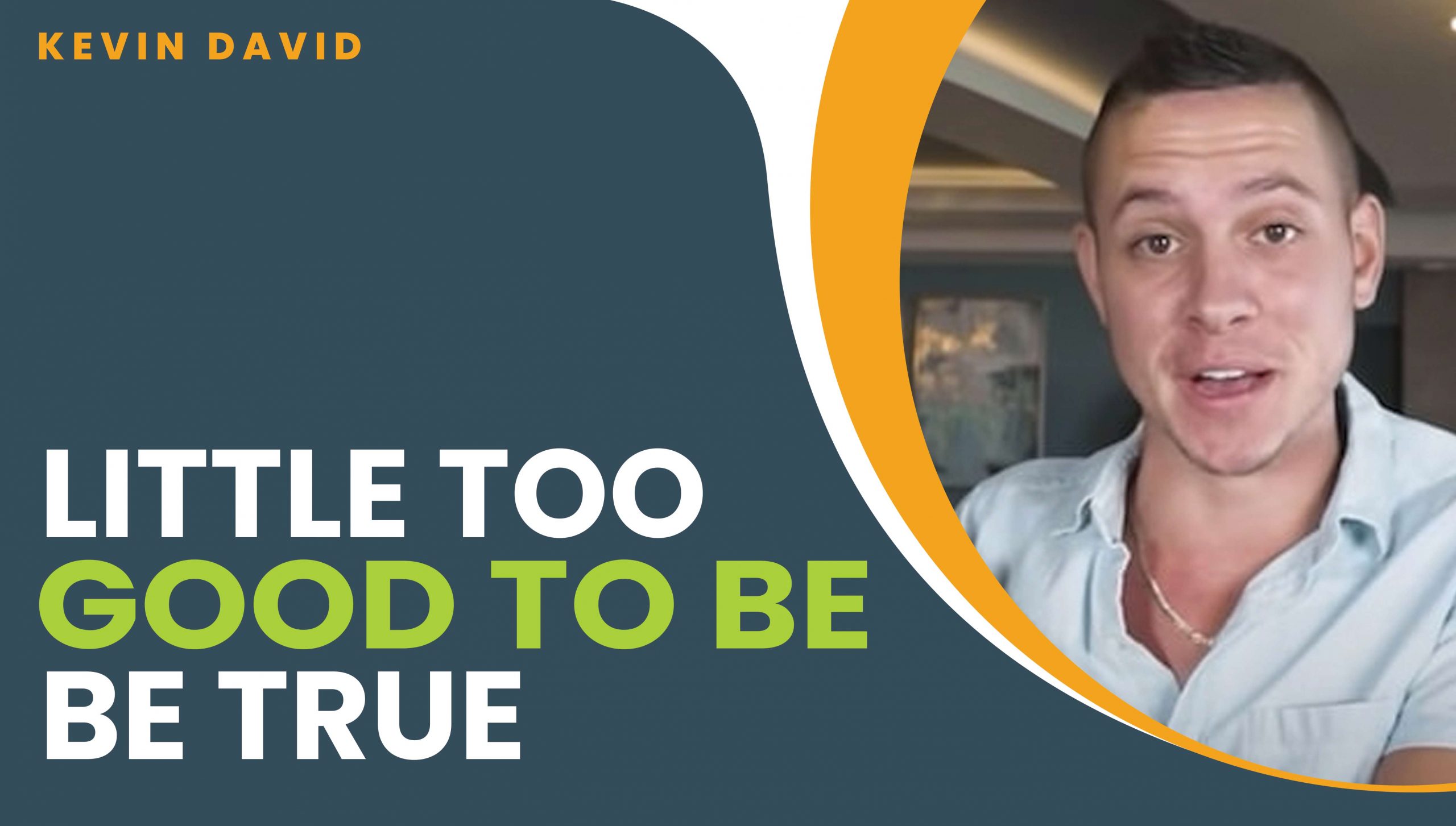 You can see Kevin David bragging about his almost $81,000 check in his latest Youtube ad.

The amount is more than what he used to make annually in his previous day job.

Today, he easily earns that amount in a single check through Amazon FBA.

Then he shows a box of unicorn floaties that he bought for $5 each. He then sells it on Amazon for $35. That’s a smooth 700% markup!

Kevin goes on to ask, “Now, is this a new business model?”

“Absolutely not. It’s the same business model that Walmart and many other billion dollar companies have used in the past to create massive empires.

But the difference is you can actually do this from the comfort of your own home by leveraging the power of Amazon FBA,” he continues.

You’re probably hesitant since it seems too good to be true, and he acknowledges that.

Can you really get away with charging for unicorn floating devices on Amazon if you purchase them in bulk for $5 and mark them up seven-fold? No doubt about it, Kevin says.

For those who are skeptical, he has prepared a free case study to answer your questions and get into more depth. You’ll learn exactly how he went from nothing to Amazon billionaire by using one simple strategy.

“And it was that secret and realization that actually got me featured in Forbes, Entrepreneur, The Wall Street Journal, and so many other magazines, literally for helping tens of thousands of people just like you get started building their Amazon empires.”

He says you’ll probably never see this YouTube ad from him again. Sign up now while the case study is still available for free by clicking on his link.

What could possibly go wrong? You view the free 20-minute case study and then decide it’s not for you?? Kevin David thinks it’s not a big deal.

He said you can check it out and see how many individuals are taking advantage of the world’s hottest industry right now: Amazon. Avoid becoming like most people, who put things off and never accomplish anything.

“If you want to be like the one percent, you have to do what the one percenters are willing to do that the ninety-nine percent of other people are not,” Kevin says.

“And the fact of the matter is, one of the most important things my mentor ever taught me was if you change nothing, nothing is ever going to change for you. And if you don’t get started building your own dreams, somebody will happily hire you to help build theirs.”

The ad ends with the last warning that the case study might be shut down at any time, and he doesn’t want you to miss out. If you decide to view the free case study, you’ll be presented with an offer for Kevin’s AMZ Done For You program.

The break-even point might take as long as 18 months. Thus, this is an expensive investment.

Click below for a faster, safer route to passive income.