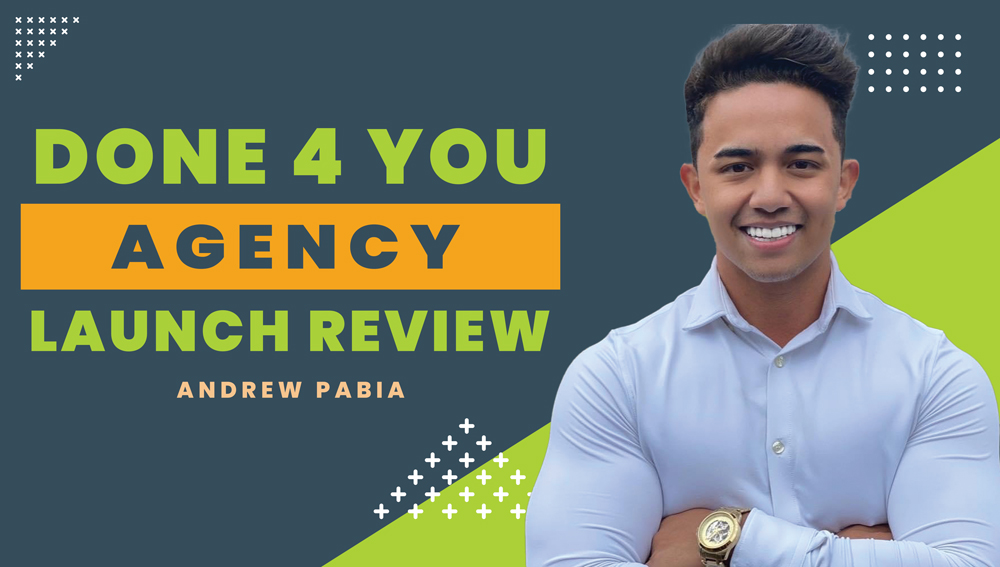 Andrew Pabia was born in Columbus, Georgia. He was a horrible student and always in trouble with the law.

He had worked twenty different jobs by the age of seventeen. That’s also the age he and his then-girlfriend-now-wife had their first child together. Struggling to provide for his young family, Andrew dropped out of college, quit his job, and decided to build a digital marketing agency.

He went door-to-door trying to sell his services but all he heard were nos.

On the verge of giving up, he finally landed a two K per month deal with an auto company. He grew that to six figures in his first year. But he was reinvesting close to ninety percent of that back into the business. And boy was it a grind.

He would be on his laptop all day, every day, not even taking a break to eat. He had to figure it out. Over time, he did. He niched down. Put systems in place. Scaled up. And by 2020, he had sold his agency for seven figures.

Now he feels called to send the elevator back down. He still believes launching a digital marketing agency is the best opportunity that’s out there. Which is why he created Done 4 You Agency Launch. Exactly what it sounds like. “We’re just gonna do it all for you,”

Andrew says, “and you don’t have to worry about anything. A lot of people think it sounds too good to be true, but that’s by design.”

“What we’re doing with our Done For You Agency Launch is we’re partnering with our prospects who have tried to do it alone in the past and didn’t see the success because they didn’t know what to do; and just helping them scale really fast,” he adds. “And the goal is to [one day] sell these agencies for mid to high seven figures and split that fifty-fifty with our partners anywhere between a year, year and a half down the road.”

Andrew claims he’s already helped dozens of entrepreneurs hit ten, twenty, fifty, all the way up to two hundred K a month with his done-for-you agency service. There are two reasons he’s able to do this time and time again. One, he builds you a proven client acquisition machine.

It flips the script and makes clients chase you. As a Launch partner, you get to use all of Andrew’s social proof. By the time prospects book a call, they’re already sold. Not that you have to do sales calls. Andrew’s closers will handle that.

The second reason is that you get to plug into Andrew’s proven fulfillment formula to ensure each of your new agency clients gets the results they were promised. This keeps them happy and paying their monthly retainer. Say goodbye to churn and burn.

Now, with each new client, you’re stairstepping your revenue. And the more recurring revenue you can show, the more irresistible your agency becomes to investors.

It’s a fascinating story. If you want to work with Andrew, check out his Done 4 You Agency Launch service. I am not sure how much it costs. You’ll have to book a call with his team to find out. But it could be a nice way to fast-track your success as an agency owner.

Tell you what, the idea of being bought out for seven figures just twelve to eighteen months down the line doesn’t sound half bad. Probably worth looking into.