Tom Wang On His Commitment To Meditation 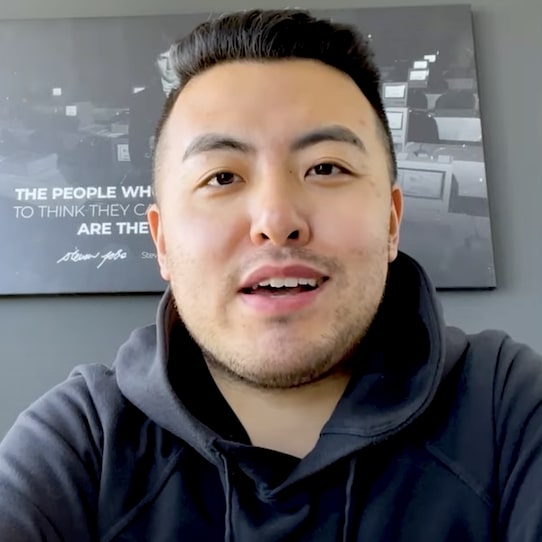 A guy named Tom Wang practiced meditation every day for three months in a row. And according to him, “Okay, so I missed a day or two here and there, but I’m pretty proud of myself for actually sticking to it, I didn’t think I could. But hey, it’s working. Anyways, the biggest benefit that I received is mindfulness and awareness.

Now let me explain what that means. You can not make a decision, a good decision, when you’re emotional.” For more info, keep reading.

“You get caught up in traffic, it triggers you, you’re angry, you’re boiling up if someone asks you something you reply back to them in a super negative tone,” he explains.

“Whatever it might be, right? Or work is hard; you’re stressed out, you’re emotional, you’re like, ‘Ah, I don’t wanna do this anymore,’ or X, Y, and Z.

Whatever it might be. We’re all in these different situations that trigger us emotionally. Now, what meditating does is that, when you’re meditating, it’s not that you’re not trying to think of anything.”

“That’s impossible. Your mind is always thinking. Thoughts are always coming through. The reason I started meditating is that I actually got a life coach through my friend, and he’s the one that’s holding me accountable. Something he told me that I resonated quite a bit with is, think of your mind as like the sky.

And there are different clouds that are rolling through the sky. Try to be the sky instead of trying to be the cloud. Each of the clouds is like just a different thought.”

“If you’re stuck in the cloud, just stressing out or angry or happy or whatever it might be, right? Mindfulness and awareness are noticing that, hey, that situation is just a cloud, but you’re the whole sky, and there are other clouds that are rolling through. I don’t know. Chad [the life coach] can explain it better than I can.

But basically, when you’re meditating, these trains of thoughts will come through, and you can lift yourself out of them and let them pass on their way.” 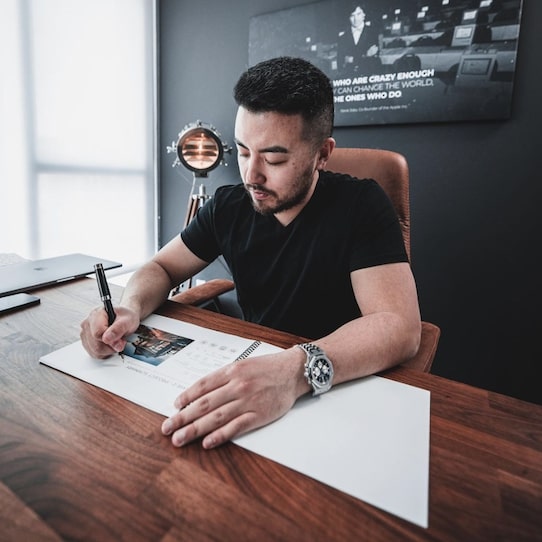 Tom’s understanding and experience with meditation after ninety days are summed up in these statements. He does not claim that he has all of the solutions. Nonetheless, it is something that he plans to continue doing for the rest of his life. He believes that by eliminating emotion from the issue, he would be better able to think clearly and stay cool under pressure.

If you find yourself in a difficult circumstance, whether it’s waking up to discover that Amazon has removed all of your reviews, a disagreement with a business partner, or someone following too closely behind your Audi R8 Spyder, don’t allow it to get to you.

Note that it is not the emotions themselves that are destructive, but rather the way they are expressed. We are, after all, only ordinary human beings. It is anticipated that we will experience emotions. However, the point is that you should not allow your emotions to take control of you and cause you to make a mistake.

Tom also believes that regular meditation is a useful approach for ensuring that his short-term choices are always in accordance with his long-term objectives. In this case, it is not only about business but about life in general. If you want to try it out for yourself, there are a number of alternatives available to you.

Ideally, I’d like to get up to forty to sixty. I think that would be really cool. So that’s really it. It’s been a great habit. I’m really glad that I added it in. And uh, yeah, I just wanted to share that with ya.”