Craig Ballantyne claims you can become a millionaire in just fifteen minutes in the morning.

Not just one morning of course, but fifteen minutes every morning, compounded over time.

Step one is to use scripts. Practice, rehearse. Stop winging it. Plan it out the night before.

Wake up knowing exactly what you need to do and for how long.

Step two is, once you set a wake up time, honor it. Never hit the snooze button.

Read on for my Millionaire Morning Routine review.

Hitting the snooze is telling your hopes and dreams they can wait; that another ten minutes of crappy sleep is more important. Never do it. Step three is to ease into an earlier wake up time. If you’re getting up at seven now, don’t think you can jump straight to five a.m. That might work for a day or two, but then it’s gonna catch up with you.

Step four is to hydrate. You’ve just been asleep for seven or eight hours. You haven’t had any water. Craig chugs a liter within minutes of waking. Rehydrating is important for overall health and for clear thinking. Step five is to follow the “farm boy formula.” If you grew up on a farm or know someone who did, you know there’s no waiting around to start chores. Those cows gotta eat.

So get right into it. Don’t check email or turn on CNBC or start scrolling through Instagram. Nope. Go right into your “one thing.”

Step six is to destroy distractions and toss temptations. Clear your work space, keep your phone and TV off, close down unnecessary tabs, don’t have any donuts laying around, you get the idea. Basically, make it difficult to get off track. You only have so much willpower, so much discipline.

Protect it, save it. Stay away from gossip and negative news too. This is how you stay focused on the big moves that will make you millions during those magical minutes in the morning. 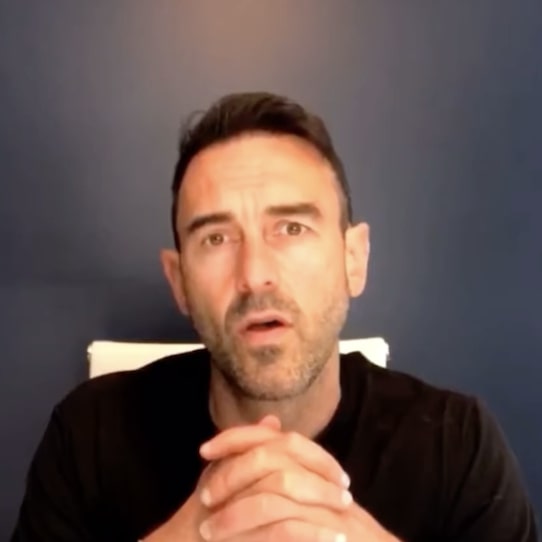 Step seven is to put down the venti Americano and opt for smaller doses of caffeine spread out over the first half of the day or so. A study done by the U.S. Army proved this was superior to ingesting a large amount of caffeine all at once. Instead of crashing, you get a steadier, longer productivity boost.

Craig says he’s not some strict disciplinarian. His game is addition by subtraction. Which brings us to step eight. There has to be a payoff. Practice delayed gratification.

Use a reward ritual, but only after you’ve earned it. After ninety minutes of meaningful work, maybe you get to eat breakfast or meditate or take your dog on a walk or listen to a podcast. Step nine is to eat right for your brain type. If intermittent fasting feels right, go for it.

If not, don’t. From there, what types of foods give you less brain fog? Pay attention and adjust your meals accordingly. Step ten is to use your mornings to make money, not hit the weights. You can easily do that later.

Craig Ballantyne sells his Millionaire Morning Routine for forty-nine dollars. You get a twenty-one day challenge, a free digital copy of his book, The Perfect Day Formula, a ninety day Reality Maker Blueprint, worksheets, guides, and more. Lots of value for fifty bucks.

Just know, going in, it’s probably a tripwire sale for his higher priced programs and coaching packages. Craig is a business coach to elite entrepreneurs. His wife, Michelle Laura, is also an entrepreneur.