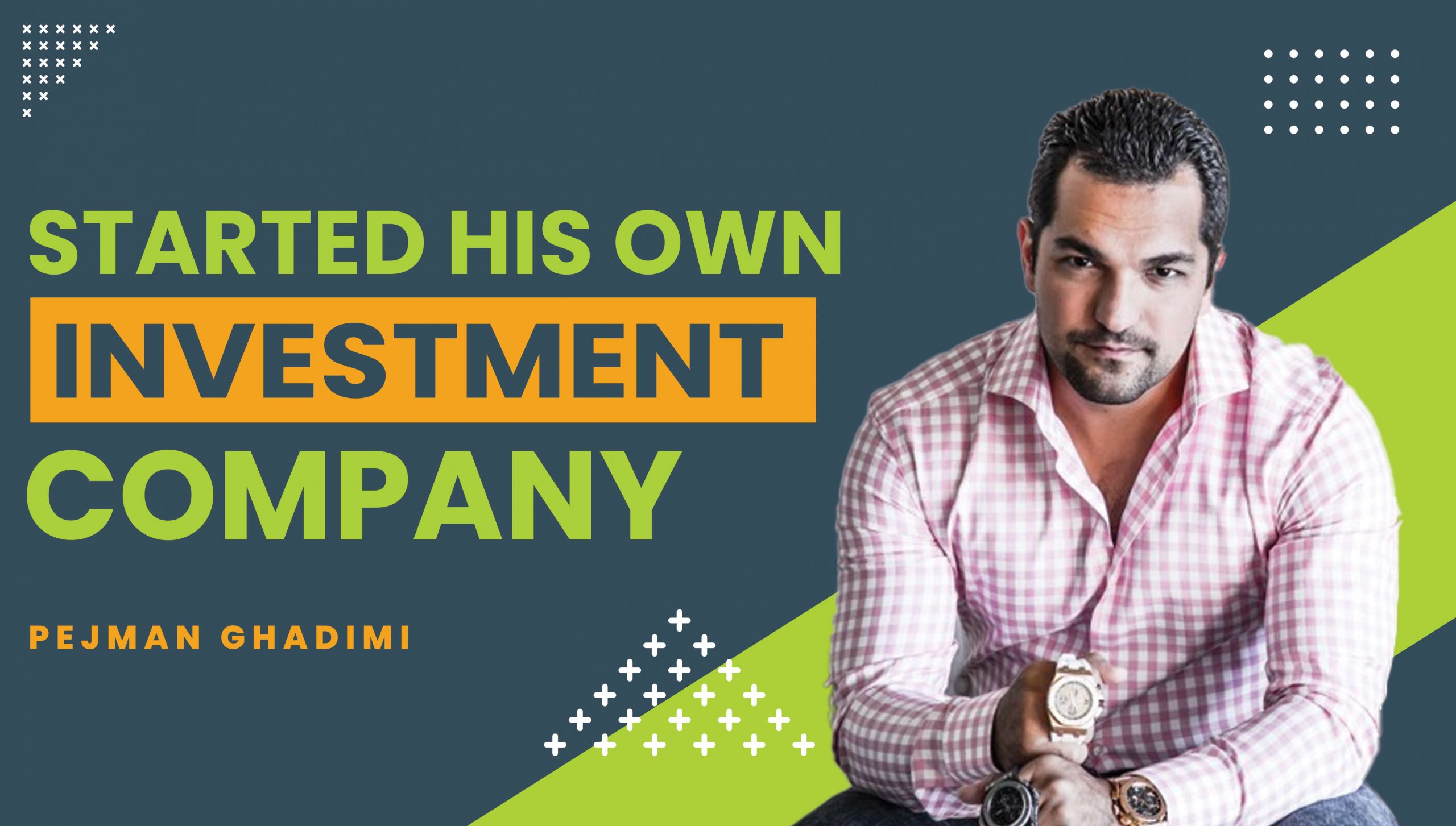 Pejman Ghadimi, unlike most people, has a finance background.  After a few years, he was promoted to bank manager at the ripe old age of 18 and became the VP of that same bank when he turned 23.  His luck changed, however, when he lost his job a couple years later.

It was at this point that he decided to start his own investment company, an alternative asset management company named VIP Motoring.  This company focused primarily in exotic cars, fine art, and collectors watches.

After growing his company and expanding for several years, he wanted to share his business strategies with the entrepreneurs of the world by creating an online university called Secret Entourage.

He then later wrote the following books:

Not to mention the fact that he made an appearance on the show Fastest Car, which you can watch on Netflix.  Over the years, Pejman (PJ) has had the privilege of teaching more than 30,000 students, from all over the world, everything that he’s learned.  For decades, he’s still been using the same techniques.

“I created car hacking when I was younger and didn’t have a lot of money,” PJ says. “I was a nine-to-five worker in a bank, I had a good salary, but I didn’t have enough money to basically buy a Lamborghini or a Ferrari.

But I did have a finance background. And I would see clients finance cars all the time and I would be like, what do they know that I don’t? Why do really wealthy people finance exotic cars? How do they do it? And why does it make sense? So I started getting curious about it.”

Of course, it didn’t all come natural to PJ.  He did manage to lose quite a bit of money with the first few cars that he bought… but he kept at it, and eventually met a buddy of his that worked in sales at a car dealership.

His buddy really took him in and explained the system to him:

Everything that the industry insiders don’t want you to know.  With all this newly-discovered knowledge of the auto industry… coupled with his background in finance… and understanding the higher-end vehicles have much more favorable depreciation rates, his car hacking system was born.

When you think about it, PJ was a wizard at “parking money”… basically making purchases where he wouldn’t lose his initial investment.

Think of it this way… everyone understands that you can put your money in a savings account or CD.  But did you also know that you could invest that same money in a high-end watch that you can flash during a night on the town… or better yet, flexing with your girl in an 800 HP cherry red Lambo?

Not many people realize that they can own luxury items that they would otherwise think is outside of their budget, but do this without throwing their money away.  It’s even possible to make a profit on these items after selling them.

In fact, PJ goes on to say that you would be shocked at how much money you can make just from flipping watches.  Just to give you an idea… he paid $70,000 for a luxury watch that was worth $250,000 just a year later.

Of course, you’re not going to make a 350% return on every luxury watch you buy, but you can expect to get anywhere from 20-30% on a short-term basis.  I doubt you’ll see something like this in the S&P, not often anyway.  Plus, you can’t wear your stock purchases and dazzle people on date night.

Now, not everything is sunshine and rainbows.  PJ does manage to get a fair amount of hate mail from trolls that simply can’t handle it.  However, if you know PJ’s history and really take to heart all the information that he gives you (even the free stuff) you can see how this hardworking immigrant is able to live the life that most people can only dream about.

Final Note:  You probably won’t find any personal information about Pejman Ghadimi on Wikipedia.  He has a net worth of about $50 million, he’s not married, and he has a $2 million mansion off the coast in Delray Beach, FL.