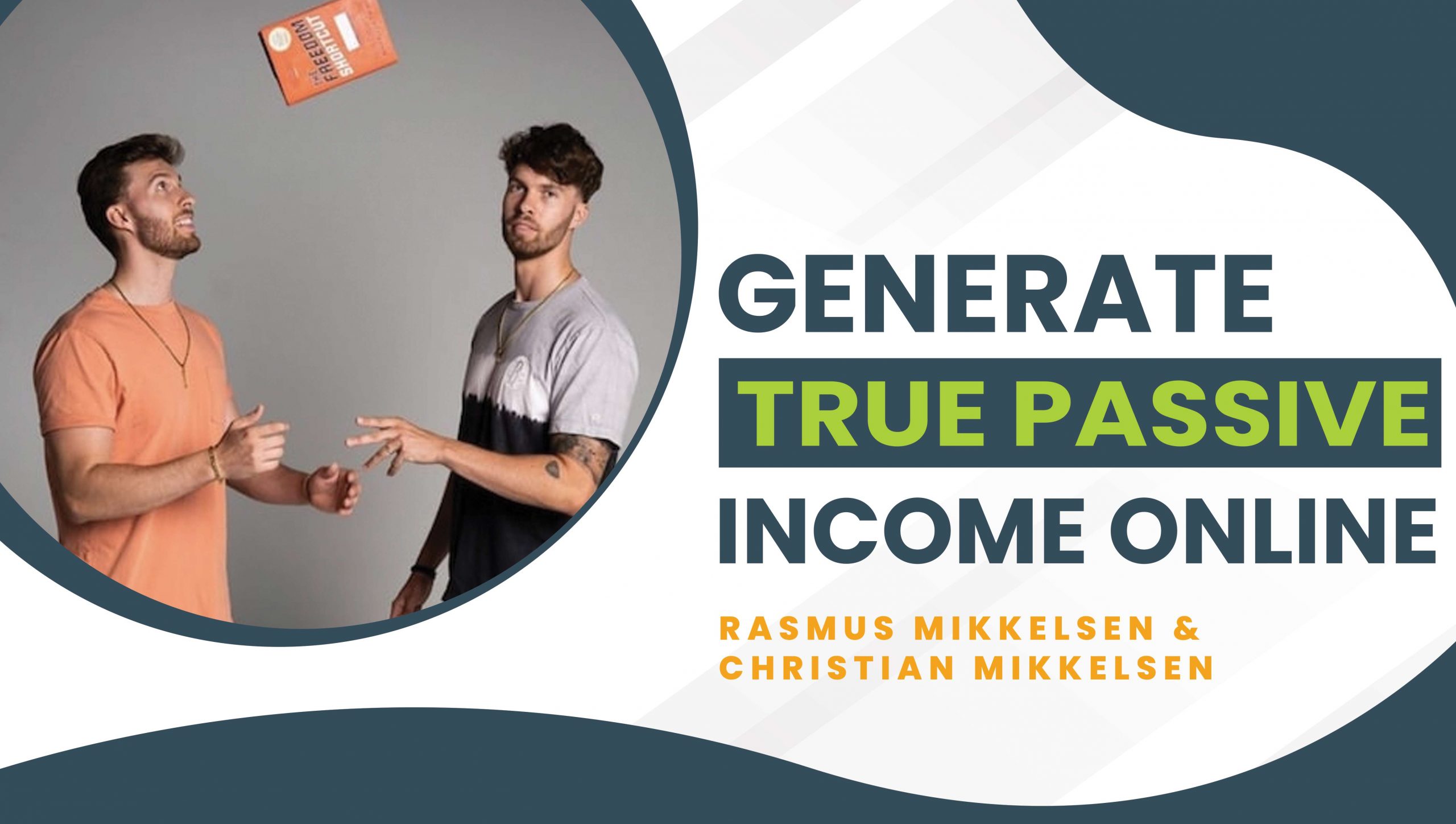 Generate passive income online. Escape the 9-to-5 grind. Live anywhere in the world.

A new book called The Freedom Shortcut by Rasmus and Christian Mikkelsen promises you all that.

Since Rasmus wrote the book all by himself, it took longer than expected. He thought he would finish it in two or three months, but it took him eight to nine months.

Now that it’s done, his twin Christian is also now ready to jump along. They are really excited about it and have high dreams.

As with any author, the goal is to be number one on Amazon. And they want to top not just one category but the whole Amazon bookstore.

It would need about 20,000 sales to make it work, based on Christian’s calculation. In order to get there, the Mikkelsen twins ask for your assistance. What’s the point of purchasing or reading this? Let’s hear what they have to say and then make a decision.

“So this book is about what we have dedicated the last four years of our lives to,” Rasmus explains, “and that is teaching the Amazon book and audiobook publishing business model to many thousands of people at this point.”

“It’s titled The Freedom Shortcut because truthfully this business model is the shortcut to a life full of freedom,” he adds. “You could truly hand in your resignation notice at your job twelve months from now.

Even if it takes you twenty-four months, that’s two years compared to the traditional route where it takes up to four years. Within this book, what I walk through, it’s divided into six modules. The first one being about the business model, why it works, and so on.”

“And then modules two through five talk about the steps required to publish your first profitable book and creating passive income from it, and then diversifying into multiple income streams.

And then lastly we go over everything we’ve learned, now, over the process of having had over ten thousand students in our paid publishing program called Audiobook Income Academy 2.0. And so, you can bet we’ve learned a lot along the way.”

They say so much has changed since they began publishing in 2016. In fact, a lot has changed in the previous year alone. Now, the book is factual and full with useful self-publishing advice.

Despite the fact that the book’s cover shows a hardback in the marketing ads, only the Kindle eBook version will be available for purchase. For the time being, it will cost you $9.99. A rise in prices is possible in the near future. They’ve tacked on a few perks for the launch to entice customers.

Three classes, three student interviews, and an AIA-recorded coaching call. You can get all this for less than a dollar.

However, after the book launch is completed, such perks are no longer available. To top it all off, they’re giving away prizes totaling $20,000:

One lucky grand prize winner will get all of the above.

“All just for ninety-nine cents,” Christian says. “We’re trying to overdeliver like crazy.”

Afterward, he congratulates his brother on a job well done and pats him on the back.

Maybe their students will pump up the ratings to five stars and sales will explode.

We’ll never really know, but if you want to find out, you can buy it for less than a buck.

I’m crossing my fingers that it’s not simply one lengthy pre-sell for Audiobook Income Academy. Time will tell.

For now, I’ll stick with my trusted digital real estate.