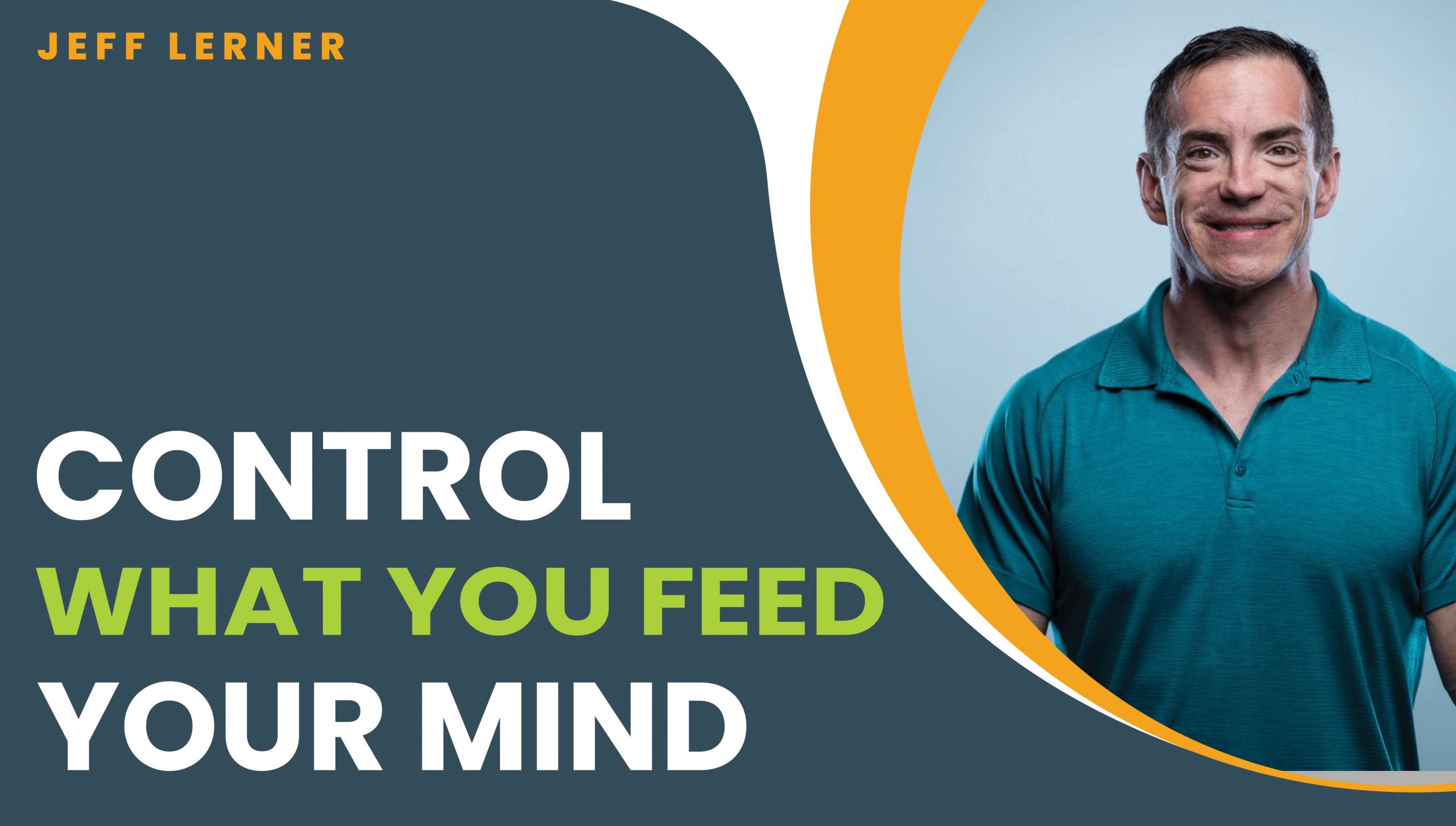 Jeff Lerner says your ability to focus is the single biggest predictor of your quality of life. Focus is everything. If you focus on the negative, your mindset becomes more negative. And vice versa. So you have to take conscious control of what you feed your mind.

Especially since we, as humans, are wired to be on the lookout for negative, dangerous situations. Okay, so how do you do it? How do you overcome your default setting and begin to see the glass half full?

It’s a tough task. And it’s only getting tougher. Every time you swipe your phone, distractions and worrisome headlines are hurled at you at breakneck speed.

Sprinkle in the two plus hours the average person spends on social media every day (which produces brain activity similar to when you’re in a casino gambling) and it’s no wonder we’re impatient, pessimistic, and generally unhappy. The bottom line is this: the world has a serious focus problem, Jeff explains.

It’s a topic that’s been on his mind ever since he got the Rona. For like two weeks after, he felt fine, energy-wise, but had the worst brain fog. Couldn’t focus to save his life. “I was able to get up and go to work,” Jeff recalls, “but just that inability to focus? My quality of life was absolute garbage.

Honestly, it was the worst two weeks; worse than the previous two weeks when I actually had Covid. I would rather have been sick in bed with a fever than awake, energized, physically, but mentally unable to focus.”

“The lack of focus led to such a miserable quality of life because, here’s the thing, I know what I’m capable of,” he continues, “when I can focus. And I know what you’re capable of when you can focus. I know what everybody’s capable of, if they develop their ability to focus at a way above average level.

So having that ability taken away from me was maddening, beyond frustrating. I felt like just a sliver, a fraction of my former self.” That’s when his therapist issued a challenge.

He told him to go out in the middle of nowhere and sit on a rock. No biggie, Jeff thought, I can do that. For four hours, his therapist added. And then he said you couldn’t bring anything to distract yourself, you can’t get up, nothing. Just sit there for four hours straight.

It was one of the more profound experiences of Jeff’s life because he had to battle his mind the entire time. Most people aren’t willing to do that. They just take what comes. Their phone buzzes and beeps and they’re a slave to it.

Step one to controlling your mind and reclaiming your focus? Jeff says you gotta limit the number of decisions you make. Save your mental energy for what matters most. Step two is to get clear on your mission. Once you define that, you can eliminate everything that doesn’t support it.

Third and final, step three, is to decide what you’re worth. Then work backwards. What value must you place on your time? Say it comes out to five hundred bucks an hour. Cool, is what you’re doing for the next sixty minutes in alignment with that?

He bought a toothbrush with a big ass head on it so he can brush his top and bottom teeth at the same time, thus cutting his brushing time in half. He’ll spend hours producing content for social media, but he’s not on there consuming it all day. You get the picture. And it seems to be working for him.