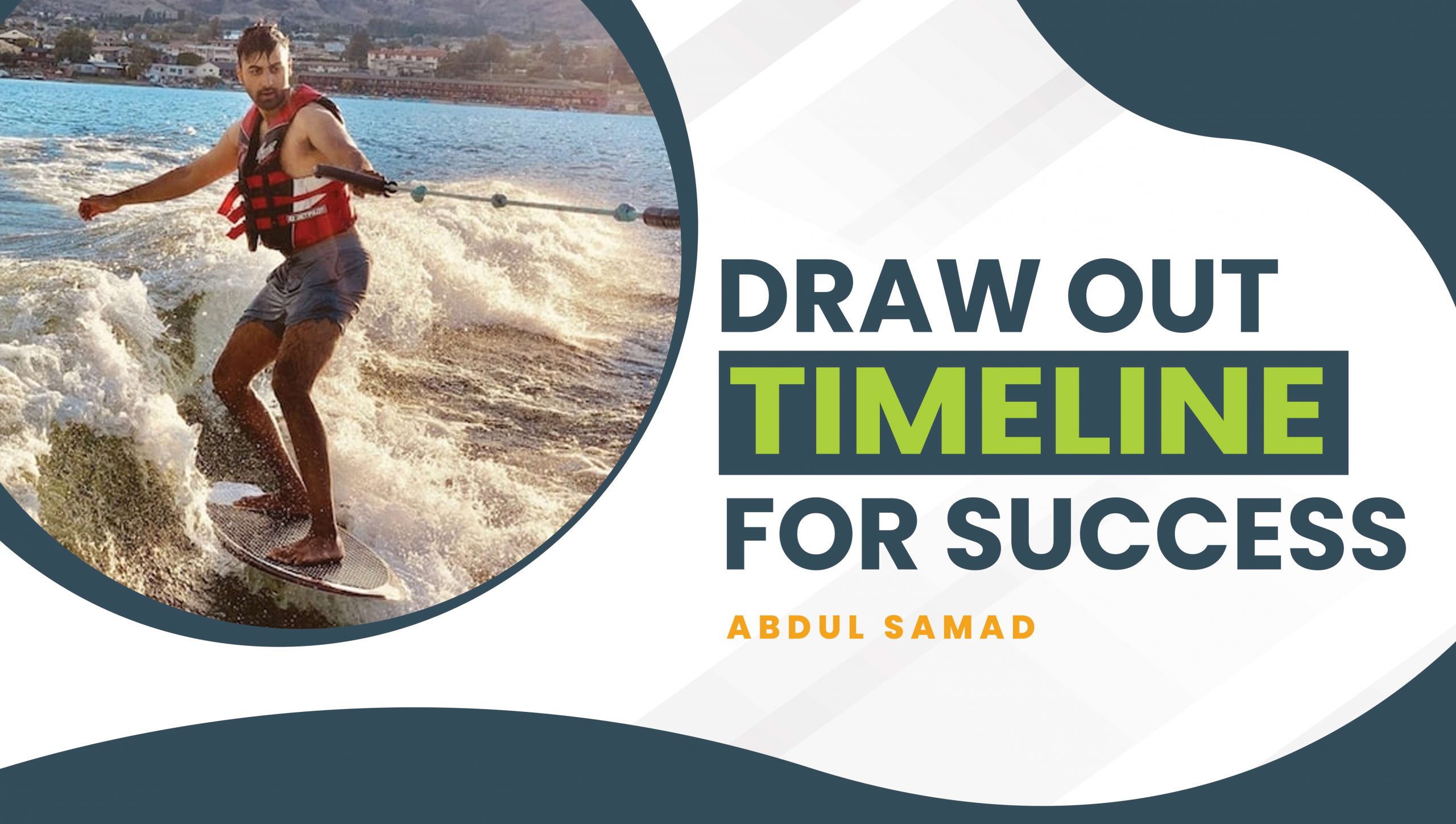 Did you know that according to Abdul Samad, very few people take the time to put together a timeline for their accomplishments?

Suppose you don’t find a solution to the problem. This means you’ll end up with a flatline as opposed to a curve.

If you’re not good at solving problems, you’ll end up having the same day over and over again in your life. You’re making the same mistakes over and again.

You won’t experience as many lows as you would like, but you won’t have as many highs either. “That’s what an entrepreneur is,” Chance adds. “is a problem solver. Someone who figures it out, moves forward, and experiences growth. And as more problems come up, you get better and better at handling them.

That’s why Abdul and I will never be broke; we can solve problems.”

Considering how many so-called experts are setting up courses without ever having built a successful digital marketing organization, Abdul is concerned about the state of the coaching profession. Some clients may have come their way because they were fortunate, but that was about all they received.

No one has ever asked them to grow it, and they haven’t had to cope with any storms either. What gives them the impression that they are qualified to instruct others? Nonetheless, as soon as they began registering students, they closed their agency and made nearly 100 percent of their earnings from the sale of the course they are offering.

Abdul says, “Both Chance and I have agents that do a couple million a year.” “And what we’ve found is that the quality of your product really matters. That’s why we spent so much time providing the highest quality of content inside our Modern Millionaires program. A lot of work went into that.

Not just in filming the videos, but all the years of growing our own agencies. Same goes for our other coaches who help out. We’re all practitioners, we all run successful marketing agencies.”

Chance continues, “We continue to learn lessons that we implement into the course, as we update it month after month.

That way, our students aren’t out there making these expensive mistakes. You know, we’ve been doing this four, almost five years now, and it’s really taken away a lot of the guesswork for our members. ‘

Cause they can just get in and follow the system and they’re able to just go out there and make ten, twenty, thirty K a month pretty quickly; a lot of students do that within their first six months.”

Aside from that, you’ll be mentored by two individuals who have dedicated a significant portion of their lives to becoming the best versions of themselves over the last decade. Abdul-two-point-oh is his preferred way of referring to himself.

The two of them have evolved as leaders, public speakers, and strategists, with a clear vision of where they want to go and a greater understanding of the needs of those they serve. They welcome discomfort and are unafraid of cynics and critics who call their education a rip-off or too expensive.

Their faith is unwavering.

You can now collaborate with Abdul and Chance in a number of different ways.

Their Officeless Agency Masterclass, which costs less than ten bucks, gives a CliffsNotes version of their online billboards business model in a concise manner. Naturally, Modern Millionaire is the company’s main program, which costs $7,500+ and includes live weekly coaching calls, as well as support and other benefits.

A well-known mastermind and “done-with-you” program, which costs upwards of thirty thousand dollars, is also available. Follow Chance and Abdul on social media to learn more about their adventures.