Looking down at the camera, Zeke Pike stands on the second floor of a mansion and asks his followers if they have done everything for their online business but still failed to make it big.

It might not be on the scale you imagined when you started it, but that’s absolutely fine because Zeke and his team promise to make it happen for you – a hands-free business that uses the power of Walmart automation.

Yes, it runs and scales on autopilot and creates for you not only a passive income but a bunch of winning evergreen products with substantial profit margins. What’s more, it’s completely a done-for-you system.

But you might probably ask why choose Walmart over other giants. Zeke’s incredible foresight simply explains that it’s the “next blue ocean opportunity.” Anyone can now join because they have recently opened their platform to third-party sellers. So what happens is an automated Walmart store will be built by EZ Ecomm for you. This is so because it’s restricted to one account per household only.

Zeke explains that without the limit, they would simply open more stores and not offer it to third parties. But personally, I find that odd. They could probably find a way to get around it if they really wanted to.

So how does this business model work? Zeke uses the dropshipping model to carry out the process. It just makes sense to use Dropshipping to create a hands-free online business. It’s a way to avoid storing, handling or keeping track of inventory. Products available in Walmart are listed by EZ Ecomm at a lower price than they were selling for, and when people buy, the supplier gets them shipped. Walmart’s slice of the pie is 15%, the remaining is split between you and the supplier. What’s really great about this is that you’re never short on products. There will always be stuff available listed at reasonable margins. 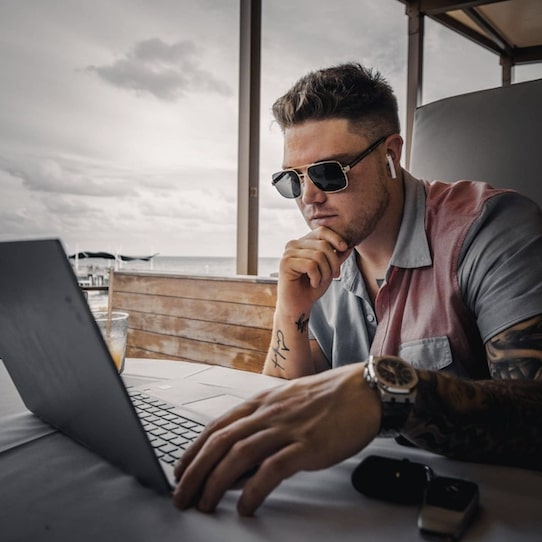 To illustrate, I’m gonna show you an example. EZ Ecomm lists a desk for $100. Then when someone buys it, EZ Ecomm proceeds to purchase the product for half the price at $50 from the supplier.

This supplier then takes care of all the handling and the shipping. Walmart gets 15% of $100, which is $15.Now you deduct $15 from the margin of $50, and you get $35 as the profit. You will then have to split this amount between Zeke and EZ Ecomm.

But how much exactly do you give to EZ Ecomm? This is entirely based on three options. First, the standard package is thirty-five grand and gives you a sixty forty split.

The middle package is priced at forty-five grand and increases to sixty-five, from which they get thirty-five percent. The top package is fifty grand where it’s a 70-30 split – 70 percent for you while they keep 30. Going back to the example, it’s anywhere between twenty-one bucks and twenty-four-fifty bucks.

There is a disclaimer, though. EZ Ecomm cannot give you a guarantee of sales or profits, Zeke explains. Yes, the potential to earn is quite remarkable, but the risk is there as any business would have.

Your account could be suspended by Walmart when you’re consistently making sales and money starts to come in, perhaps because Walmart thinks you’re breaking the terms and conditions in the fine print. Thankfully, Zeke assures that it hasn’t been a problem as of date. But still, it is possible. So what’s next if it does happen?

EZ Ecomm will assist you in getting your store back online if your store is shut down. They will do everything, but there are still no guarantees. Additionally, however, you’ll need to have as much open credit as possible on a different note.

Walmart will take several weeks to pay you. You will have to finance the dropshipped items while waiting for Walmart to pay. Your credit card limits will impact how fast you scale.