Peng Joon has an entertaining new YouTube ad where he mocks the typical social media user who posts pictures of every meal, every trip, and basically, how great their life is.

“Now what if social media utilized the right way is not about the food that you’re eating,” Peng says, “but what if this [holds up his iPhone] can be one of the most powerful tools that you can utilize in your business to help you get more reach, more visibility, more leads and sales?”

Is Peng Joon just a serial scammer? Scroll down for my review.

At the end of the YouTube ad, Peng tells you to click below to register for his Business Builder Workshop, so I did. The first ten minutes is a highlight reel of people saying nice things about Peng Joon.

I think it does more harm than good because it exposes how many flavor of the week books, courses, products, programs, and seminars the man has sold over the years. My goodness. Opportunist much?

Then, Peng Joon proceeds to talk about himself for what felt like seventeen years. Sheesh. I had no idea gurus were still doing long-winded webinars. Who would sit through this? Whereas, we showed you our entire business model in under eight minutes in the teaser video above.

It’s called respect for your time. Peng has more stories than he does white T-shirts. And that’s saying something.

He talked for a good twenty minutes about how he gained like three ounces of muscle working out with one of his fitness model students. By the looks of it, he lost it all back. I think he was trying to make a point about how you need a proven system in business, but ended up going off on another tangent before he made it. I hate that I’m being so cynical about the guy, but it’s just not my cup of tea at all. 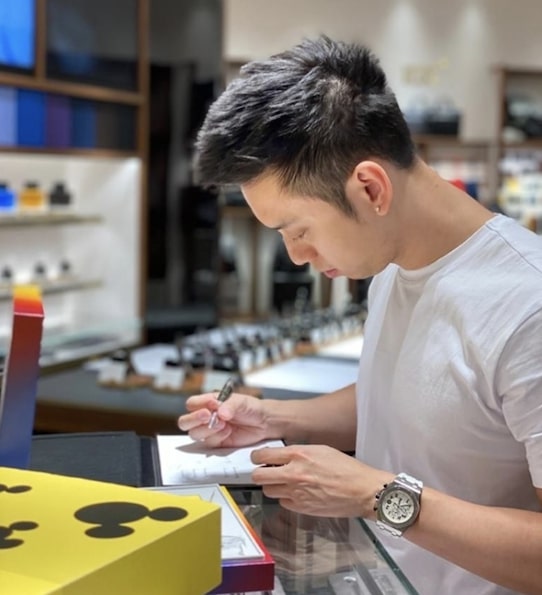 To prove Peng Joon knows his stuff, he plays a clip of someone who has used Peng’s processes to become a top earner in his MLM. Gross. Then he flashes a leaderboard for one of Russell Brunson’s affiliate contests where he placed first, barely beating out other internet marketers such as Tai Lopez.

Also, there’s a shoutout from Dan Lok. I’m not sure whether these associations are having the impact he wants them to.

Finally Peng gets to the pitch. An event called Gamechanger Intensive. In a nutshell, you get invited to some virtual workshops where you get the honor of listening to Peng Joon ramble some more. There’s a bizarre mishmash of bonuses. And it’s all yours for four grand.

But if you act now, you can get in for just one easy payment of four-ninety-seven. Didn’t see that coming. Not that it matters. By the time you read this, he’ll have a different digital product to sell you.

I just, yeah. I can’t with this guy. Do I think he’s an actual scammer? No. Do I wish he would just focus on making one quality course and giving it his all? And then market it in a straightforward way? And sell it without urgency or sneaky tactics?

And then roll out the red carpet for anyone who buys? Yes, more than anything, I do. He’s great at what he does; I just don’t care for the delivery. I wish Peng Joon the best, but I’ll never be a customer.