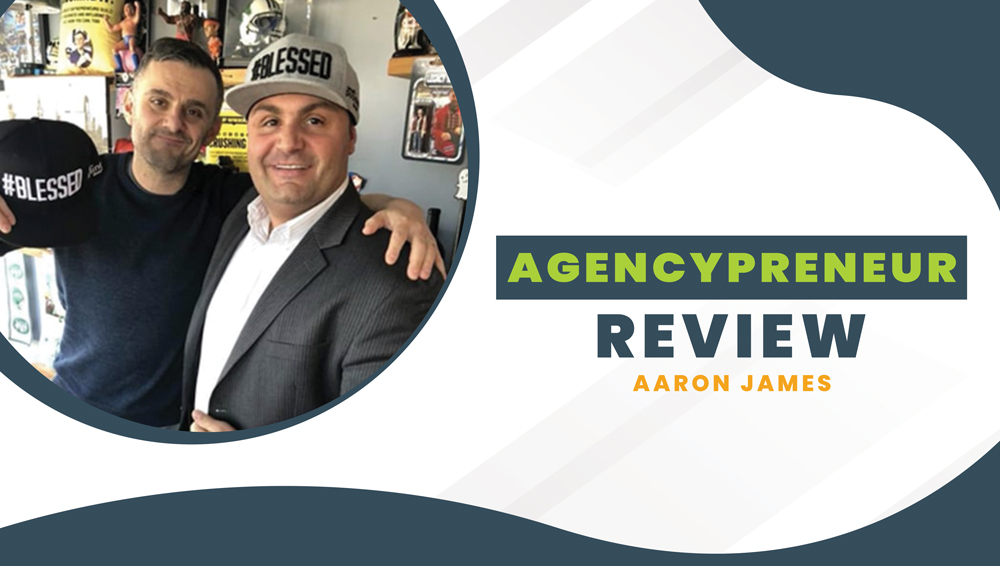 Aaron James is running an ad saying how he gets eighty to ninety business owner leads every month on autopilot without complicated funnels or ad spend.

Hmm. So he’s a hypocrite then? And what’s this so-called super lesson Gary Vee taught him that ninety-seven percent of digital marketers don’t know about?

Or the two things all six figure agency owners have present in their business that the strugglers do not? Scroll down for my Agencypreneur review.

After signing up to hear Aaron’s secrets, I was taken to an Apprenticeship page where the headline promises a one hundred K agency totally done for me. Supposedly limited to fifteen people only. I hit play on the video underneath that and Aaron tells me how his team will build me this passive income generating machine.

And that I too can work from anywhere in the world with everything I need being able to fit in a single backpack.

To build trust, Aaron shows a screenshot of his Stripe account where he’s averaging ten K a week in revenue. However, he only shows one week and doesn’t say how much of it actually comes from his agency as opposed to the offer he’s pitching me now.

His Boston accent is thick and I can’t help but get a used car salesman vibe from him. He flashes some client testimonies. They all did it without the traditional headaches associated with starting your own agency, Aaron says.

“They didn’t have to worry about lead generation. They didn’t need to worry about complicated funnels. Or money-draining Facebook ads [like the one that brought me here]. They didn’t even need to build a team,” Aaron explains. “The old ways of starting and building a digital agency are dead.

The new way? My team builds you a one hundred percent passive income generating machine in the form of a digital agency.” 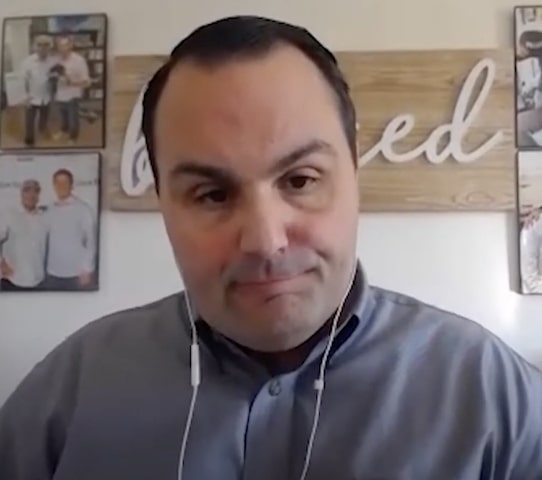 He shows a collage of selfies he took with internet marketing legends all sporting his signature flat-brimmed hat with #Blessed printed across the front in big letters. Ryan Deiss, Billy Gene, Russell Brunson, and of course Gary Vaynerchuk. Clearly a credibility play.

But when you think about it, these gurus are happy to take a picture with you if you attend their seminars and masterminds, aren’t they? So does it really prove anything? I mean, if I had a dollar for everyone who had a pic with Grant Cardone, I’d be retired by now.

Aaron says the hands-free agency they build you will leverage VAs and a call center to bring warm leads right to you. I like that it saves you ad spend, but don’t like the part where they spam thousands of small businesses’ inboxes to try to drum up those prospects.

Or the part where, if they do close someone, Aaron’s team takes a third of it for their effort. So many questions. So many holes.

Why wouldn’t Aaron just scale his own agency if he has all these people trained to land new clients? How much does his Agencypreneur Accelerator thingy cost to setup? Why does he charge you for the setup and take a percentage of the profit? Shouldn’t it be one or the other?

Wait, where was all the cool stuff he promised to reveal on his opt-in page? This whole thing felt incredibly bait-and-switch-y. Now. Do I think Agencypreneur is a scam? No. I’d imagine Aaron gets some clients some sort of result. But I think his marketing is misleading and the offer is set up in a way to where he wins a lot and you (might) win a little.