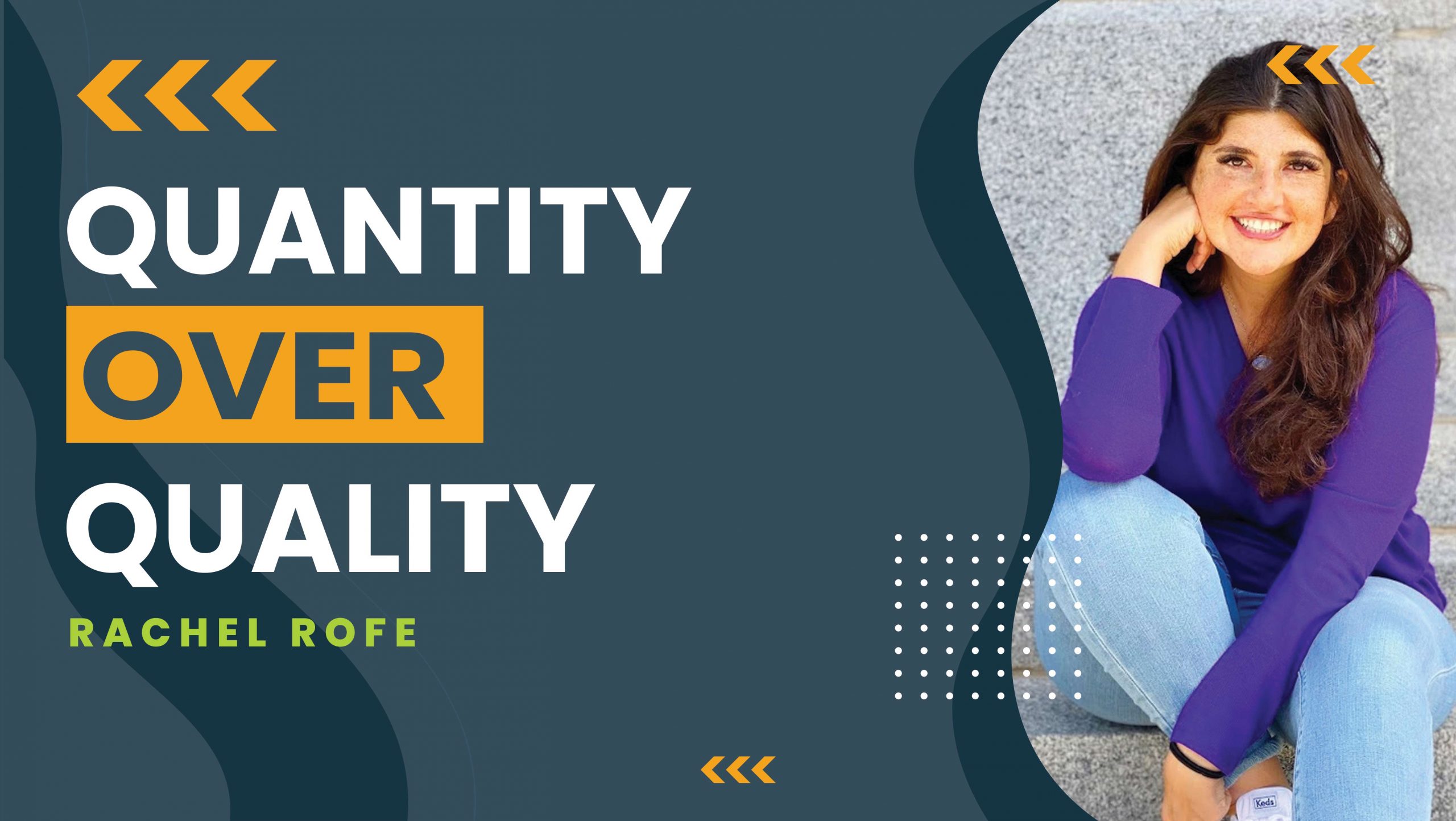 When it comes to printing on demand, Rachel Rofe prioritizes quantity above quality.

Yes, that’s not a typo. Quantity goes above quality.

So many people believe that the key to a successful online store is to create an eye-catching design, list it, and then sit back and watch sales soar.

The 80/20 rule, which states that a tiny fraction of items account for the bulk of income, is still true, according to Rachel.

Of the 27,000 Amazon orders Rachel received in one year, her top 10 products accounted for a third of those sales. An enormous sum for only ten items.

That said, Rachel had over a thousand more products, most of which sold for less than a dollar each. That’s an interesting thought. Let’s pretend they were all mugs for the sake of this example. And she makes seven dollars for each one she sells.

Her Amazon earnings that year totaled an additional $11,000. Even though it just took her a few minutes to create each of those listings, the effort she invested was well worth it. Thus, if she had simply released a few of her best creations, she would have been less successful.

As Rachel points out, “Now the other thing is that you just never know which ones are going to be the ones that sell which is why you want to make a lot of them.”

Jennifer, one of her Low-Hanging Ecom students, agrees:

“I’m not sure if I should be laughing or crying,” she said, “but I will say this: you may be pleasantly surprised what sells. People have definitely bought some of my suckage.” It is, after all, a numbers game. Why not take more at-bats?

“Yep, over the last few weeks, I have sold terrible designs that I had almost forgotten about,” says Beth, another Low-Hanging System student. “Glad I left them available. I’ll take that sale.”

Then, Rachel cites an essential passage from Adam Grant’s Originals: How Non-Conformists Change the World. Here, he advocates for a high-volume approach to one’s job. I’ll give you the whole passage below.

And yet, only a small number of these pieces gave Picasso his success and status as an international art icon,” the book said.

“The other part of the book that I thought was really interesting,” Rachel said, “is that another one of the findings demonstrated that even geniuses can’t tell which of their works will become timeless classics and which ones will flop.

So again, the more you produce, the better. Beethoven, for example, judged his own work much different than his critics had. Even the artists and critics don’t always know which ones are going to pan out.”

Since these designs can be easily uploaded, there is no drawback to putting more of them available for sale.

Last but not least, Rachel points out that it’s easy to become bogged down in the details of the design process.

Just because you’ve spent hours working on an original idea doesn’t mean that it will be a success.

The best-selling designs are often those that are just text-based. Funny dad coffee mugs are in high demand.

Sell more of that. This isn’t some complicated science.