Jon Penberthy has yet another thing to sell you. This one’s for coaches. Stop doing one-on-one coaching, says Captain Obvious. It’s not scalable. Your income is capped. It’s also draining. You repeat yourself over and over. It could cause burnout.

Besides, there’s value in group coaching. Networking, camaraderie, learning from others’ mistakes, being inspired by their wins. Jon will help you make the switch. Plus increase your prices, decrease your workload, have more impact, and make more money. Scroll down for my Expert Accelerator review.

Jon has it all figured out. His coaching and consulting business does a quarter million dollars a month. They have been coaching coaches for years now. Teaching them how to get a dependable and consistent stream of clients every single month; but do it in a way that is scalable and built around their lifestyle.

Inside his Expert Accelerator coaching program, you’ll learn how to package up your offer; charge anywhere from two thousand to fifteen K (or more); and start getting sales within two days flat.

Jon recommends running YouTube ads to a free webinar. There, you’ll give value, build trust, share social proof, screen for those who can actually afford you, and ask them to book a strategy call. Close them. Turn up the ads. Repeat.

It’s the easiest way to go from zero to six figures online; and from there to six figure months, claims Jon. And speaking of strategy calls, books yours, for Expert Accelerator, if you’d like his help.

Expert Accelerator likely costs ten grand, maybe more. There are no refunds. But still. Just a few sales and it’ll pay for itself, Jon’s phone closer will argue. Be the client you would want to sell to. Invest in yourself. Don’t be a hypocrite, they’ll say.

You need a mentor. It’s the only shortcut there is. And didn’t you see Jon’s ClickFunnels plaques? Or all the screenshots from his private Facebook group? Oh, almost forgot, price doubles tomorrow. So you have to buy on this call. 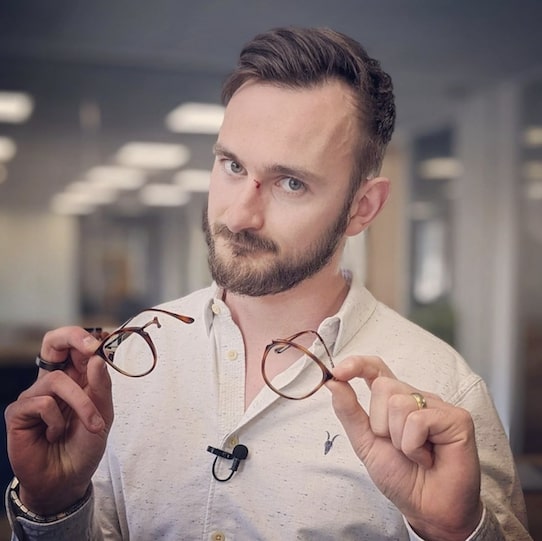 Jon Penberthy and his guru ways. I’m sorry. The guy bothers me. I’ve watched him over the years as he bounces from one trend to the next, monetizing whatever’s hot at the moment via a course for one-nine-nine-seven or a mentoring program for ten racks or anything in between. Same jargon every time.

The webinar is live. It won’t be online much longer. I normally charge blank, but if you act now you can get it for blank. Plus I’ll throw in these exclusive bonuses. But hurry! Once the countdown timer hits zero, they’ll be gone for good.

What’s disappointing is I don’t think he has to do any of these things to be successful. He’s got talent. He could just sell one digital product for one price without so much as a single little white lie and he would probably crush it; and this review would read much different.

Unfortunately, I don’t see that happening. He’s been doing the same thing over and over and over for so long. And it still works. Why change? Just because I don’t vibe with his style? Pfft. Right.

Last thing. How do you feel about selling courses on selling courses? Or coaching coaches who coach coaches? Is it a bit MLM-y? What if half of all his students succeeded? And then half of their students succeeded? Wouldn’t the entire world have a seven figure course in like thirteen days? Ah, doesn’t matter. Won’t happen. Being an expert is too hard. Too competitive. Too expensive. You need to be good at too many things. The success rate is super duper low. Ask us how we know.