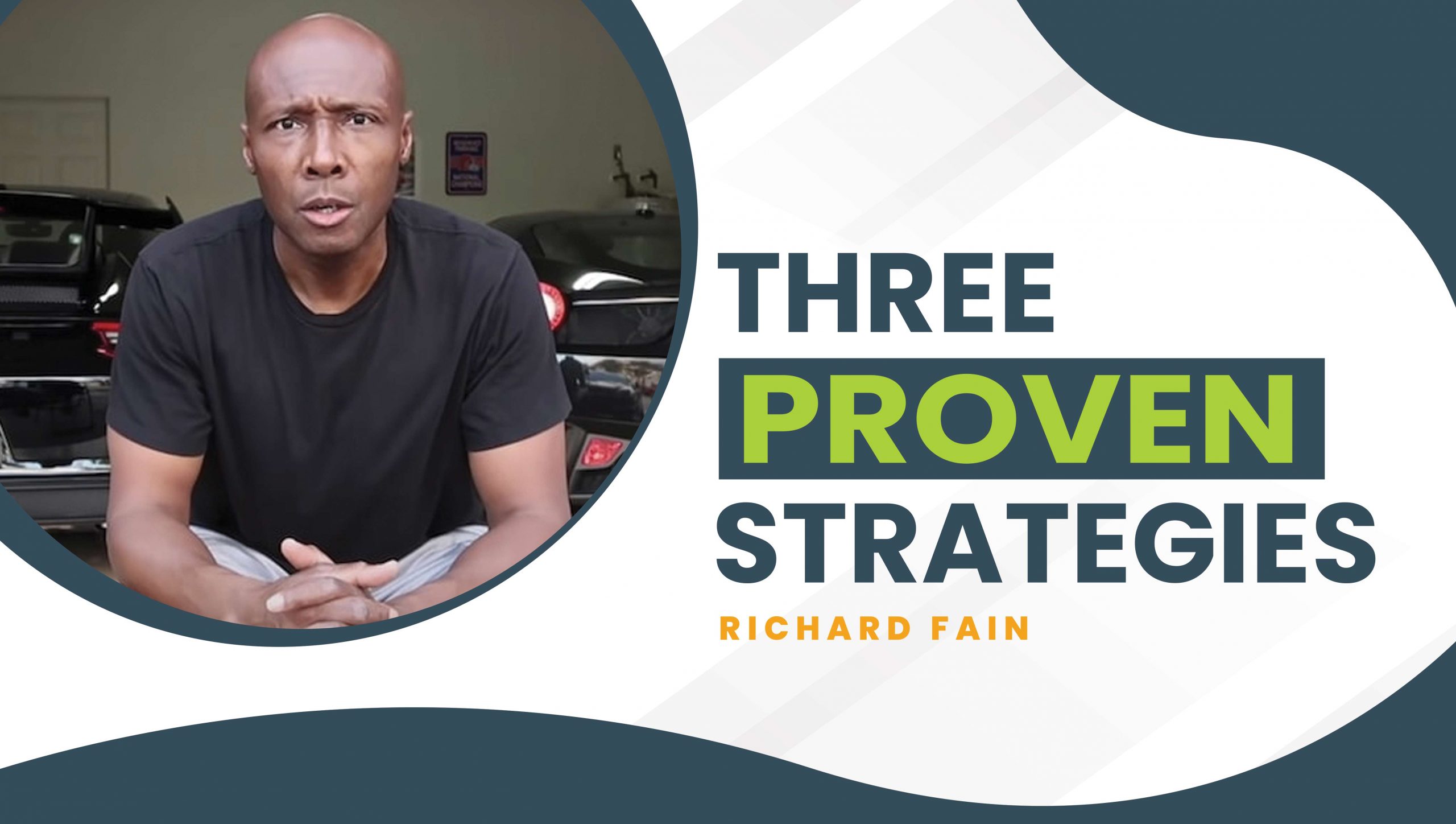 Richard Fain used three proven strategies to ten X his net worth. The first thing he did was, he decided to pay himself first. Back when he was thirty years old, his net worth was pretty small. At that point he told himself he needed to make a change.

He wanted to start saving early so he could capitalize on compound interest over the next twenty or thirty years. He took a look at his budget. Where was all the money he was making at his nine-to-five going each month?

“So I took a look at what I was spending my money on,” Richard said in one of his YouTube videos, “and I started cutting out things that I really didn’t need. You know, going out to eat all the time.

Buying things, spur of the moment, that I never even used. Taking luxurious trips and things like that, that I probably didn’t need to take. Just going out and having a good time. I started cutting some of those things out of my life.”

Once he did that, he discovered he had more than enough money to start paying himself first. But what does that look like? It meant taking the first ten percent of all the money he made, setting it aside, and using it to make smart investments.

With each paycheck, ten percent was added to his portfolio. No exceptions. And again, Richard was only able to do that because he trimmed the fat from his expenditures.

Sorry, he’s not giving you a pass to skip out on paying your bills. You still have to handle your obligations in life. It’s more of a mindset shift than anything. “I get paid first. I take ten percent and invest it to improve my financial condition moving forward.”

You just have to live humbly enough to free up that ten percent. It’ll never happen if you’re running up your credit cards to pay for material things you could easily do without.

The second thing Richard did to ten X his net worth is get into real estate. He bought his first home, figured if he lived in it for two years and it appreciates in value, he could take that equity and leverage it to buy a second home.

His logic was spot on. He did just that. Multiple times, in fact. Real estate was instrumental in building his net worth. He never went crazy with it. The most properties he’s had at any given time is five.

The third strategy is delayed gratification. There were many years Richard could have bought cars, jewelry, luxury vacations. He resisted. He promised himself he would not do any of that stuff until he secured his future.

He also decided he had to create additional streams of income that would pay for his toys. He got into luxury watch sales, started dabbling in stocks. Then he used that new income to finally start indulging a little. But this was after fifteen dedicated years of going without.

He has not come right out and said his exact net worth, but based on everything he has shared on his YouTube channel, it sounds like it’s around five million dollars.